London, June 16, 2020 (AltAfrica)-Oluwatoyin Salau, a 19-year-old Nigerian-American who is a well known Black Lives Matter activist from Florida has been found murdered one week after she went missing.

Tallahassee police found the bodies of Oluwatoyin “Toyin” Salau, along with 75-year-old Victoria Sims, on Saturday. Their deaths are being investigated as homicides.

Salau was last seen on June 6. Earlier that day, she’d tweeted that she was sexually assaulted.

Anyways I was molested in Tallahassee, Florida by a black man this morning at 5:30 on Richview and Park Ave. The man offered to give me a ride to find someplace to sleep and recollect my belongings from a church I refuged to a couple days back to escape unjust living conditions.

The tweets said that Salau had left some belongings at a church where she was seeking shelter and a man who’d offered her a ride to recollect the items later molested her while she tried to sleep.

It’s unclear whether Glee is the same man Salau reported had molested her. CNN has reached out to Tallahassee Police to confirm Salau’s account of sexual assault and is waiting to hear back.Sims was a longtime AARP volunteer. Her family declined to comment on her deat

Footage of Salau speaking at a protest in honor of Tony McDade, a trans man who was killed by Tallahassee police last month, has quickly traveled since her death.

God works in mysterious ways. May this soul find peace and be rested. Oluwatoyin Salau, Say Her Name ✊🏾 pic.twitter.com/KGl7Ymp6Cf

In the clip, she says he doesn’t want to divide people, but unite them against police brutality committed against black Americans. 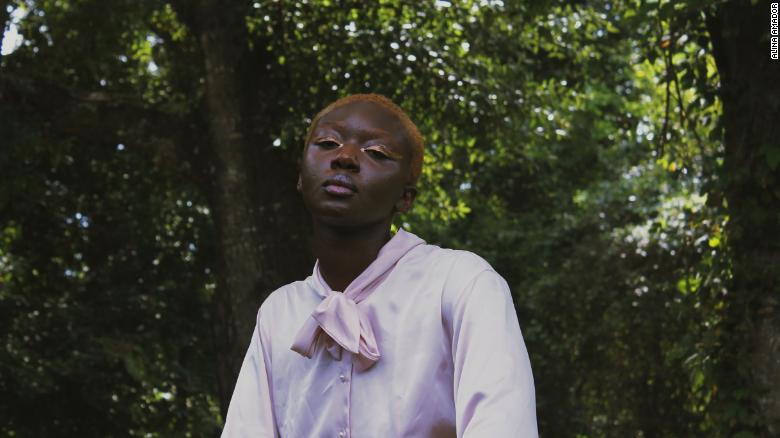 “Her passion endeared her to Alina Amador, a photographer who frequently recruited Salau to model for her.”Her beauty was so radiant, and modeling for her was so effortless,” she said. “She was very calm and gentle.”Carney said her friend’s death has motivated her to fight for black women like Toyin.”I will never stop protesting,” Carney said. “I will fight for her and for black people and people of color ’til I’m dead.”

Egyptian parliament allocates 25% of its seats ...