London, November 29, 2018 (AltAfrica)-President Muhammadu Buhari on Thursday left Abuja for N’Djamena, Chad to attend the meeting of regional leaders on the menace of Boko Haram.

The President, who left in the morning is to chair a consultation of Heads of State and Government of the Lake Chad Basin Commission (LCBC).

The regional summit is also aimed to review the security situation and intensify the efforts to end the insurgency in the region.

President Buhari convened the meeting in his capacity as Chairman of the Summit of Heads of State and Government of the Lake Chad Basin Commission (LCBC).

The one-day meeting is also expected to look at the impact on the areas affected by Boko Haram insurgency and adopt measures to enhance the capacity of the Multinational Joint Task Force (MNJTF) to meet the challenges of securing the areas.

Presidency tweeted the departure of President Buhari early on Thursday. 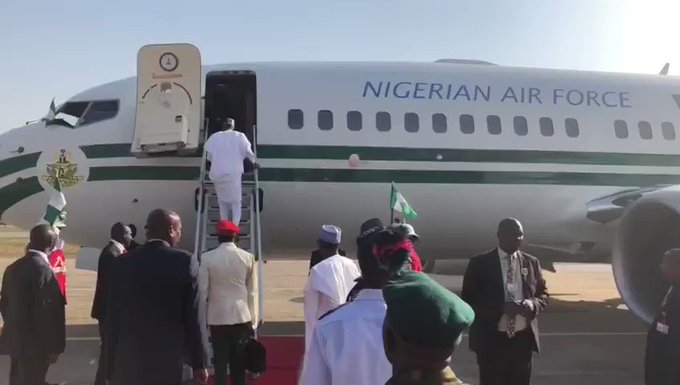 President @MBuhari departs Abuja this morning for N’Djamena, Chad, to chair a consultation of Heads of State and Government of the Lake Chad Basin Commission (LCBC) to review the security situation in the region, and intensify the efforts to end the insurgency.

The President was in Maiduguri on Wednesday where he met with service chiefs and security personnel to brainstorm on the lingering Boko Haram’s menace.

He was received by a mammoth crowd. 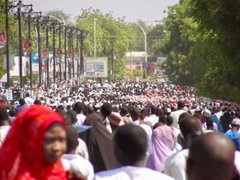 Good people in Maiduguri were all out for President @MBuhari today. He was in the City for COAS Annual Conference where he addressed Nigeria troops who are fighting Boko Haram insurgents in the North East.