The thirty-year-old’s body was found in a park on Saturday, Georgiev said.

“Her mobile phone, car keys, glasses and part of her clothes were missing,” Georgiev said.

Bulgarian Interior Minister Mladen Marinov later confirmed that the victim had also been raped. He said there was no evidence to suggest that the murder was linked to her work.

Prime Minister Boyko Borisov said it was only a matter of time before the police find the perpetrator.

“I am convinced it is a matter of time before the murder would be revealed. The best criminologists were sent to Ruse, let’s not press them. A large amount of DNA has been obtained,” Borisov said.

Marinova was a board member of the Ruse-based TV station TVN. She recently reported on an investigation by a group of Bulgarian journalists into companies involved in EU-funded infrastructure projects administered by local authorities.

“With great pain and insurmountable grief the TVN’s team is experiencing the loss of our beloved colleague Victoria Marinova and we pray for sympathy to the sorrow of her relatives and colleagues,” TVN said in a short statement.

Shocked by horrific murder of investigative journalist Victoria Marinova in #Bulgaria. Urgently call for a full and thorough investigation. Those responsible must be held to account. #journosafe #SOFJO

Reporters Without Borders, which ranked Bulgaria 111 out of 180 countries in its world press freedom index this year, called for an urgent investigation into the murder. 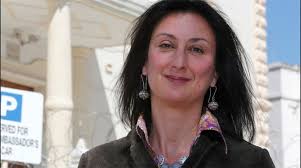 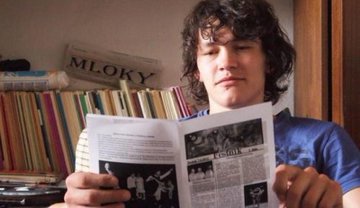 #Bulgaria: @RSF_inter calls on urgent & in-depth investigation into murder of #ViktoriaMarinova, third investigative journalist murdered in the #EU in 12 months after #DaphneCaruanaGalizia (#Malta 16/10/17) and #JanKuciak (#Slovakia 21/2/18). Wake up, #EU! #PressFreedom

Marinova is the third journalist to have been murdered in the EU in a year.