London, September 18, 2018 (AltAfrica)-The Trump administration is capping the annual number of refugees allowed in the United States at an all-time low of 30,000, the lowest number since the State Department implemented its refugee program in 1980.

The new ceiling applies for fiscal year 2019, which begins on October 1. The actual number of refugees accepted may be lower.

“The improved refugee policy of this administration serves the national interest of the United States and expands our ability to help those in need all around the world,” Secretary of State Mike Pompeo said Monday. “We are and continue to be the most generous nation in the world.” 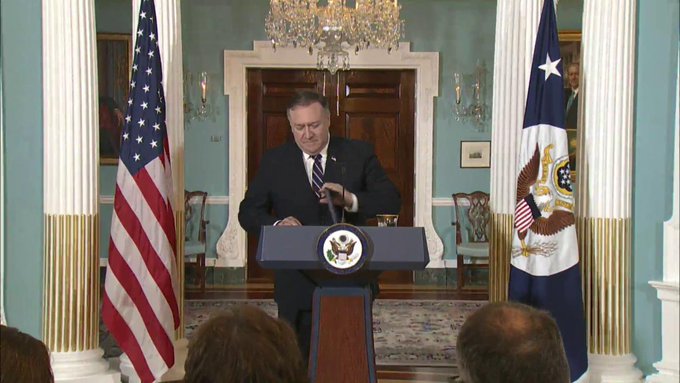 .@SecPompeo: The improved refugee policy of this Administration serves the national interest of the United States and expands our ability to help those in need all around the world. We will continue to assist the world’s most vulnerable.

President Donald Trump slashed the refugee ceiling to 45,000 last year, but the actual number of refugees resettled with two weeks left before the end of the fiscal year stands at around 21,000. The United States accepted 85,000 refugees in the final year of the Obama administration.

‘Shameful abdication of our humanity’

The Trump administration has come under criticism for dramatically clamping down on immigration at a time of historic refugee numbers around the globe.

Human Rights First, an advocacy group, called the low refugee cap “a shameful abdication of our humanity in the face of the worst refugee crisis in history.”

Samantha Power, the former US ambassador to the United Nations, pointed out the United States has traditionally been a leader when it came to funding refugee assistance programs and admitting refugees.

“We are so much better than this,” she wrote on Twitter. 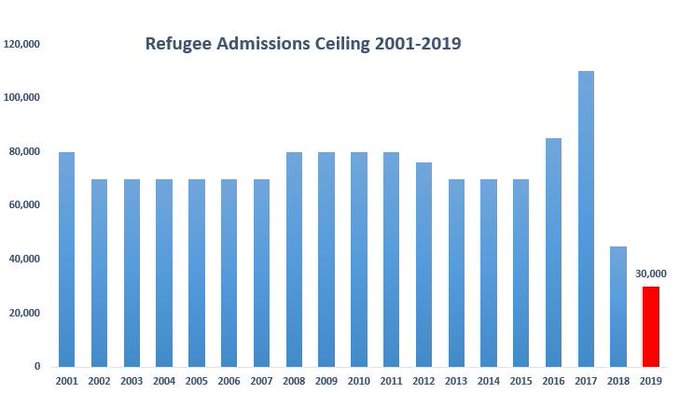 America has led the world in funding care for refugees and in admitting refugees since the creation of the UN refugee agency in 1951. And we have been a strong, prosperous nation while doing so. We are so much better than this: