London, September 15, 2018 (AltAfrica)-Nineteen-year-old college student Sara Gebretsadik was given Colorado’s Emerging Community Leader for the Governor’s Citizenship Medal on Wednesday for providing community service for some of Colorado’s disenfranchised population, amongst others. 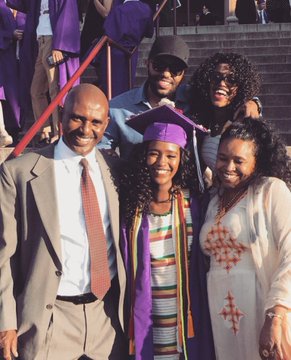 Good Morning #Ethiopia! #Ethiopian Teenager Earns One Of #Colorado‘s Highest Honors https://cbsloc.al/2NGuKXJ#.W5tdwRw5bSz.twitter … “I don’t know what my legacy is, I just got into college. I’m trying to figure out my life,” she said. “Definitely I hope to inspire people to do more good.”

The Ethiopian teenager is a new student at Colorado University and received a call from the Governor, John Hickenlooper while on campus.  She emigrated to the United States when she was 10 years old.

Among the things she did are volunteering for the Special Olympics and Denver Club of Humanities and mentoring kids through the Black Student Alliance and other organizations. She also founded now-nationally recognized Rising Rebels, an organisation that focuses on increasing the number of students of colour taking advance classes in pursuit of higher education.

Gebretsadik recalled to 4 CBS Denver her reaction when she received the news, “I answered it and it’s the governor, and I thought I was getting pranked. I was just awestruck. I was super honored. He said I was a key component in trying to make a better change for Colorado in terms of my involvement through community service.”

The governor’s office says medals are awarded to citizens, “To recognize the remarkable leaders in Colorado for their impact on their community, and to honor their legacy.”

Though Gebretsadik is unsure of what legacy she’d like to leave behind as she relayed “I just got into college. I’m trying to figure out my life,” she knows she wants to inspire people to do more good.

Nevertheless, Gebretsadik realizes how her efforts have made a profound impact on her community as she iterated, “Rising Rebels is definitely my favorite accomplishment because it was very close and dear to heart. The club was dedicated to increasing people of color in higher-level courses.”

Gebretsadik now joins other world-renown Ethiopians including Samuel Z. Alemayehu, the co-founder and managing director of Cambridge Industries. He has transformed one of the largest waste landfills in Africa called Reppie dumpsite into Africa’s first waste to energy plant.

The plant, which was expected to begin operation in January, will incinerate 1,400 tons of waste every day. This represents about 80 per cent of the city’s waste generation. The plant will also supply the people with 30 per cent of their household electricity needs.

What would the second coming of IMF ...