London, August 11, 2018 (AltAfrica)-Something strange has just happened in Burundi. A head teacher has been arrested for trying to disguise himself as a student and sit a national exam on another person’s behalf.

Police officers burst into the exam hall where Benjamin Manirambona took the test after a tip-off.

Little did he know that plain-clothes officers had staked out the school overnight, waiting to catch him.

With nowhere to run, the head of Butere Technical College admitted to the deception on the spot.

Mr Manirambona explained he was taking the electronics exam on behalf of a soldier who is serving in Somalia at part of a Burundian peacekeeping force. He said the student wanted the grades to qualify for university.

The head teacher said the soldier promised him a payment on his return to Burundi.

“Everything you’re saying is a lie, so we’re taking you away,” said Burundi’s Education Minister Janvière Ndirahisha, who arrived at the scene in the capital, Bujumbura, with uniformed officers.

“We’re going to investigate because from what we hear it’s not the first time [you’ve done this],” she told Mr Manirambona. 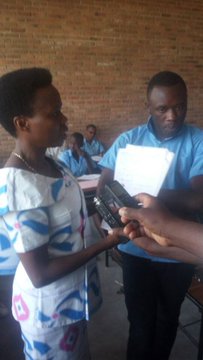 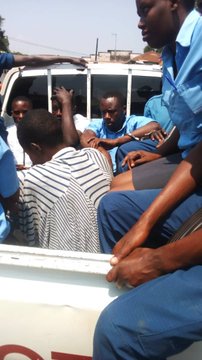 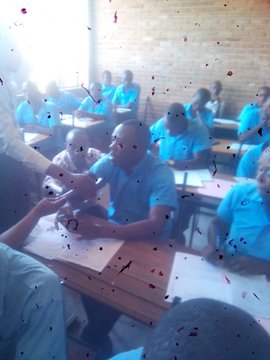 The minister was accompanied by reporters to witness the arrest.

He was arrested alongside four other students also suspected of cheating – one of them is accused of putting the soldier and headmaster in touch.

Mr Manirambona is now being held in police custody.

In Burundi, students taking important public exams are sent to sit them in other schools.