London, August 7, 2018 (AltAfrica)-Nigerian singer Niniola has become the first female Nigerian artiste to have over 1 million monthly listeners on Spotify.

The music streaming platform, which measures artiste popularity with listenership has solidified Niniola’s music as staple among music lovers crowning her with the coveted title of the most popular Nigerian female artiste. 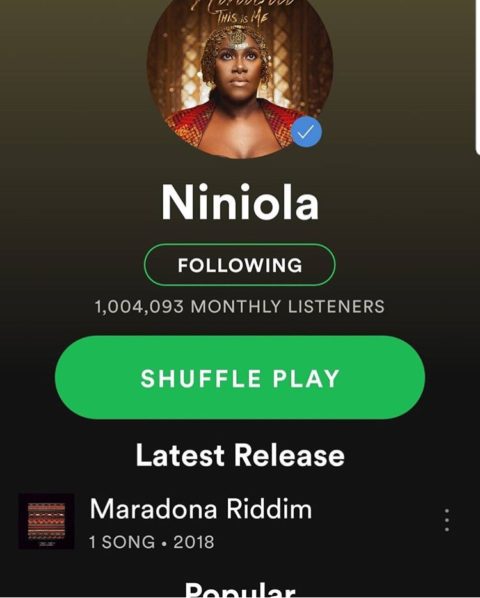 The AfroHouse singer released her debut album ‘This is me’ in November 2017 to critical acclaim with Maradona leading the trend with over 1.7 million streams on Spotify.

A few months ago, Grammy-nominated French DJ did a remake of her song Maradona

Niniola has created a music genre for herself called AfroHouse- a blend of AfroBeat and House music.

What does reform means for Eritrea as ...