London, July 31, 2018,(AltAfrica) – The government of Eritrea has chastised the United Nations Security Council (UNSC) claiming that the body had allowed itself to be used by adversaries to inflict unjust sanctions on the Horn of Africa nation.

Asmara further stressed that the sanctions of nine-years ago were not based on fact and law. Eritrea held that the wrongs inflicted on it demanded that they be given justice.

In a July 30 press statement titled: The Question is not “Removal of Sanctions”: It is why sanctions in first place?, the Ministry of Information blamed a clique in Washington and Ethiopia’s Tigrayan Peoples Liberation Front (TPLF) for being behind the sanctions.

The statement comes as the UNSC is considering a motion aimed at lifting the sanctions. Already, Ethiopian PM Abiy Ahmed has officially asked the UN chief to lift the sanctions.

Somali president Mohamed Abdullahi Mohamed has also expressed a similar view during a three-day visit to Asmara on the invitation of Eritrean president Isaias Afwerki. 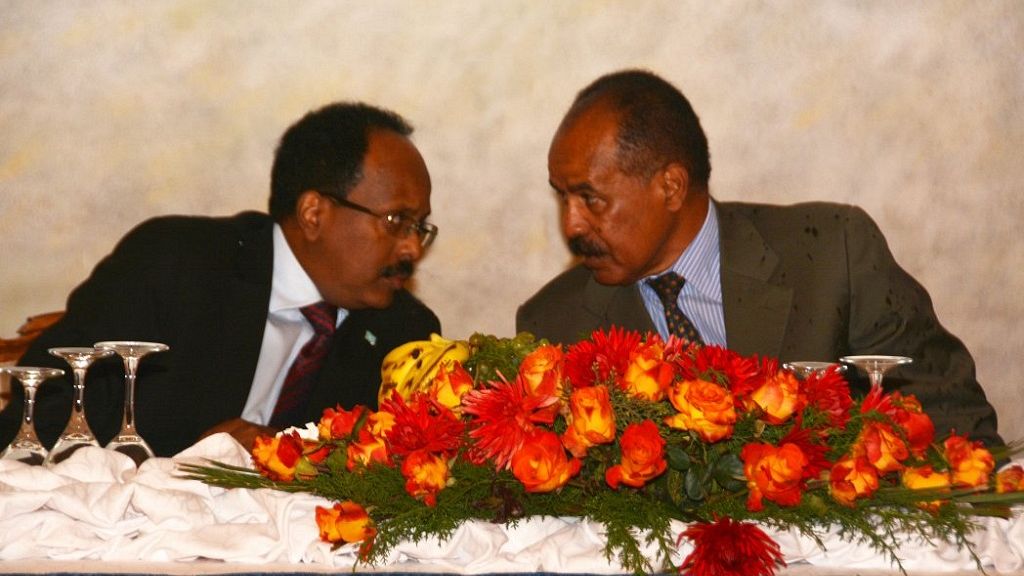 The Eritrean sanctions were primarily imposed due to its alleged support for Al-Shabaab – an Al Qaeda affiliated insurgent group based in Somalia. Asmara has repeatedly dismissed the assertion.

Eritrea has over the years also refused flatly to allow a UN fact finding team (The Somalia and Eritrea Sanctions Committee) to visit and interface with the government.

That group headed by Ambassador Kairat Umarov (Kazakhstan), is set to brief the UNSC on its work, followed by consultations. Umarov will update the Council on his observations following his 4-10 May visit to Djibouti, Kenya, Somalia and Ethiopia, during which he was accompanied by representatives from Ethiopia, Kuwait, the Netherlands and Sweden. The delegation was unable to visit Eritrea.

The Question is not “Removal of Sanctions”: It is why sanctions in first place?

In a meeting with UN Secretary General Antonio Guterres on 9 July this month, Ethiopia’s Prime Minister, Dr. Abiy Ahmed, urged for the rescinding of the sanctions imposed on Eritrea. This gesture is an eloquent testimony of the courageous and wise stance of the Prime Minister on justice. President Mohamed Abdullahi Mohamed has also expressed the same sentiment during his visit to Asmara this weekend.

(Notwithstanding these positive statements, certain forces that harbor ill-will to the people of Eritrea are apparently dismayed by developments that bode well for regional peace and development. This is not surprising at all)

It has been nine years since the UN Security Council was prodded to pass unlawful sanctions against Eritrea. The deplorable sanctions were not based on fact and law. They were maliciously concocted by a small clique in Washington which was working in cahoots with the TPLF regime in order to harass and corner the people and Government of Eritrea.

The damage inculcated by the sanctions in the past nine years on the people of Eritrea, the people of Ethiopia and the region as a whole have been heavy indeed.

One does not need a magic wand to know who has sponsored terrorism in our region and beyond. Similarly, it is not difficult to know who has been obstructing regional stability. These are not intricate secrets hard to crack or decipher. Especially these days when the truth is out into the open.

The people and Government of Eritrea did not succumb or submit to deceit, intimidation and the flouting of the rule of law. Nor did they bow down under duress to legitimize the unlawful sanctions and its tentacles.

Wrongs perpetrated against must be compensated with justice. Justice must indeed be done. It is too late now to look for lame excuses!