Nigeria: Government needs up to $300 million for new national carrier

Lagos, July 19, 2018,(AltAfrica) – Nigeria’s new national airline will require initial capital of between $150 million and $300 million, and the government is seeking a strategic partner to operate the carrier, the government stated in a document seen by AlternativeAfrica.com on Thursday. 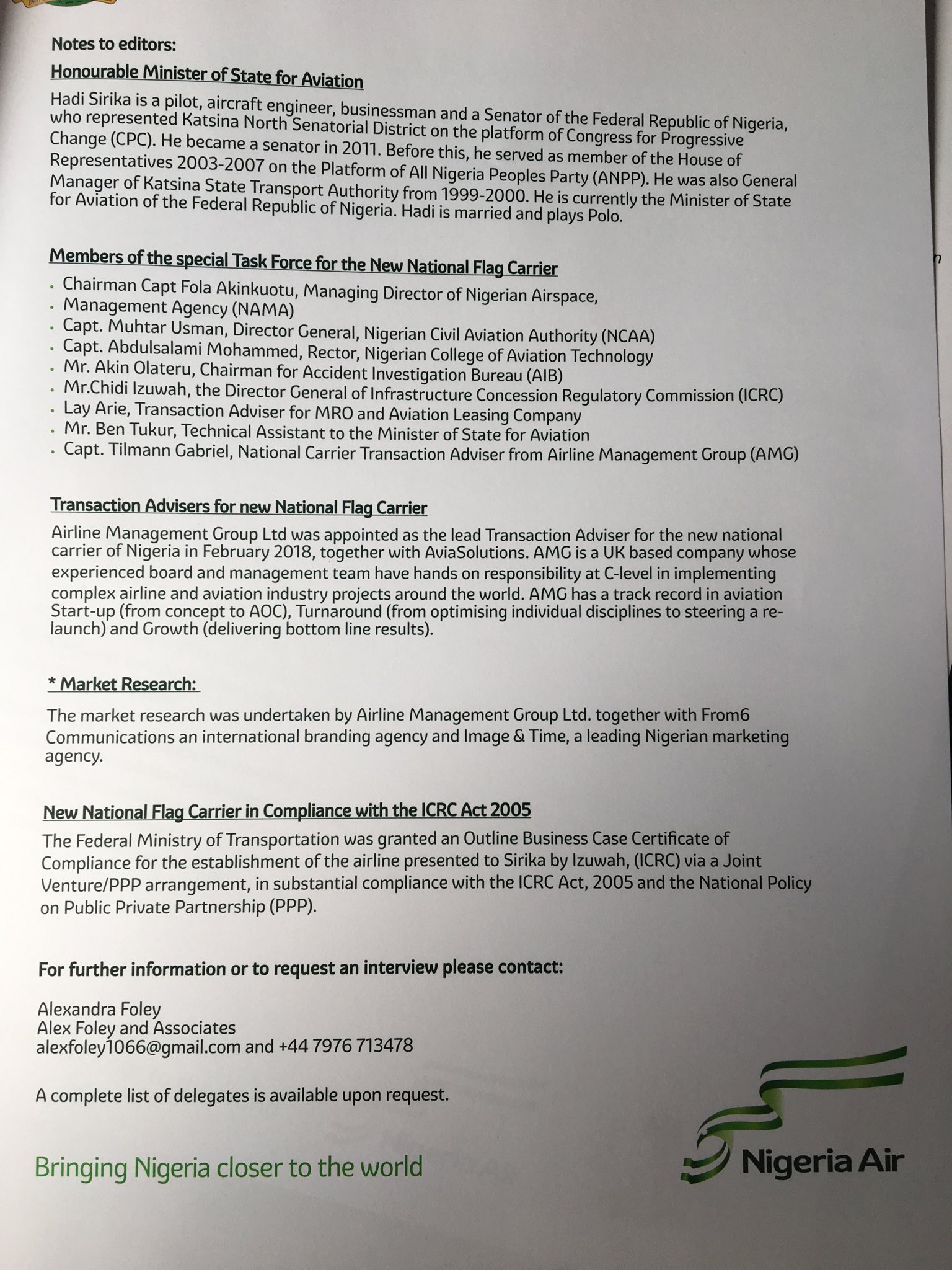 The West African country’s previous national carrier, Nigeria Airways, was founded in 1958 and wholly owned by the government. It ceased to operate in 2003.

Hadi Sirika, minister of state for aviation, on Wednesday said the government would not own more than five percent of the new carrier, called Nigeria Air. He made the comments while providing details of the airline at the Farnborough air show in England.

Decades of neglect and lack of investment have left Nigeria with low-quality infrastructure seen as a hurdle to prosperity. The government has said that upgrading it will require private investment.

“The initial capital is likely to be in the range of $US 150 to 300 million, invested in tranches over time from start up through the first years of operation,” a government document stated.

It said the government will provide initial capital but did not state the sum or give further details.

The government will “facilitate the process for opening up the capital of the airline to private sector financial investors”, the document stated.

A private operator, sought through a Public Private Partnership (PPP) process, will manage the airline without interference, it said.

Nigeria Air would serve domestic and international markets and expect to have a fleet of 30 aircrafts in five years with hubs in Lagos and Abuja, Nigeria’s two main cities.

British billionaire Richard Branson set up domestic and international carrier Virgin Nigeria in 2000, but pulled out in 2010 in frustration at what he said was interference by politicians and regulators.

The airline he created, which was later rebranded Air Nigeria, closed in 2012 after collapsing under about 35 billion naira of debt which left it unable to pay staff, a former finance director of the company told us at the time.

Nigeria is overhauling its aviation infrastructure and handing over its airports to private managers in order to improve the business environment for the industry sector to attract investment, the document said.

It said current air traffic in Nigeria is around 15 million passengers which is expected to grow at five percent per annum through to 2036.

Ethiopian Airlines says is in talks to ...