Hijab controversy: Firdausa Amasa inducted as a Barrister with Hijab

Abuja, July 11, 2018 (AltAfrica)-Seven months after she was molested and her religious rights were denied, the embattled law graduate Firdaus Amasa who was denied call to the Bar by the Nigerian Law School in December, 2017 over her insistence on wearing the Hijab has been finally called to bar in her hijab

Amasa was denied entrance to the International Conference Centre, Abuja on December 12, 2017, where the call to bar programme was to take place for refusing to remove her hijab.

The Body of Benchers and Nigerian Law School said her hijab broke their dress codes and was not call to bar.

The University of Ilorin law graduate objected against removing her hijab, which she claimed was an infringement on her human right was denied from being inducted as a barrister with her other colleagues.

The episode stirred intense controversies in Nigeria. Dr Joe Abah, a former Director-General of the Bureau of Public Service Reforms in Nigeria and past president of the Nigerian Bar Association Mahmoud Abubakar said Amasa should have been called to bar regardless of her hijab.

“I think Amasa Firdaus should have been called to the bar with her hijab,” Abah said last December. “We are experts at focusing on the wrong things.”

“The problems of the legal profession are declining quality, slave wages for new entrants and corruption at the bench. Not hijabs worn discretely under a wig.”

“My Daughter Zubaida Mahmoud at the ceremony admitting her to the New York Bar earlier this year…the controversy here on Hijab is needless.”

My Daughter Zubaida Mahmoud at the ceremony admitting her to the New York Bar earlier this year…the controversy here on Hijab is needless. pic.twitter.com/adgWlTGSGC

My Daughter Zubaida Mahmoud at the ceremony admitting her to the New York Bar earlier this year…the controversy here on Hijab is needless. 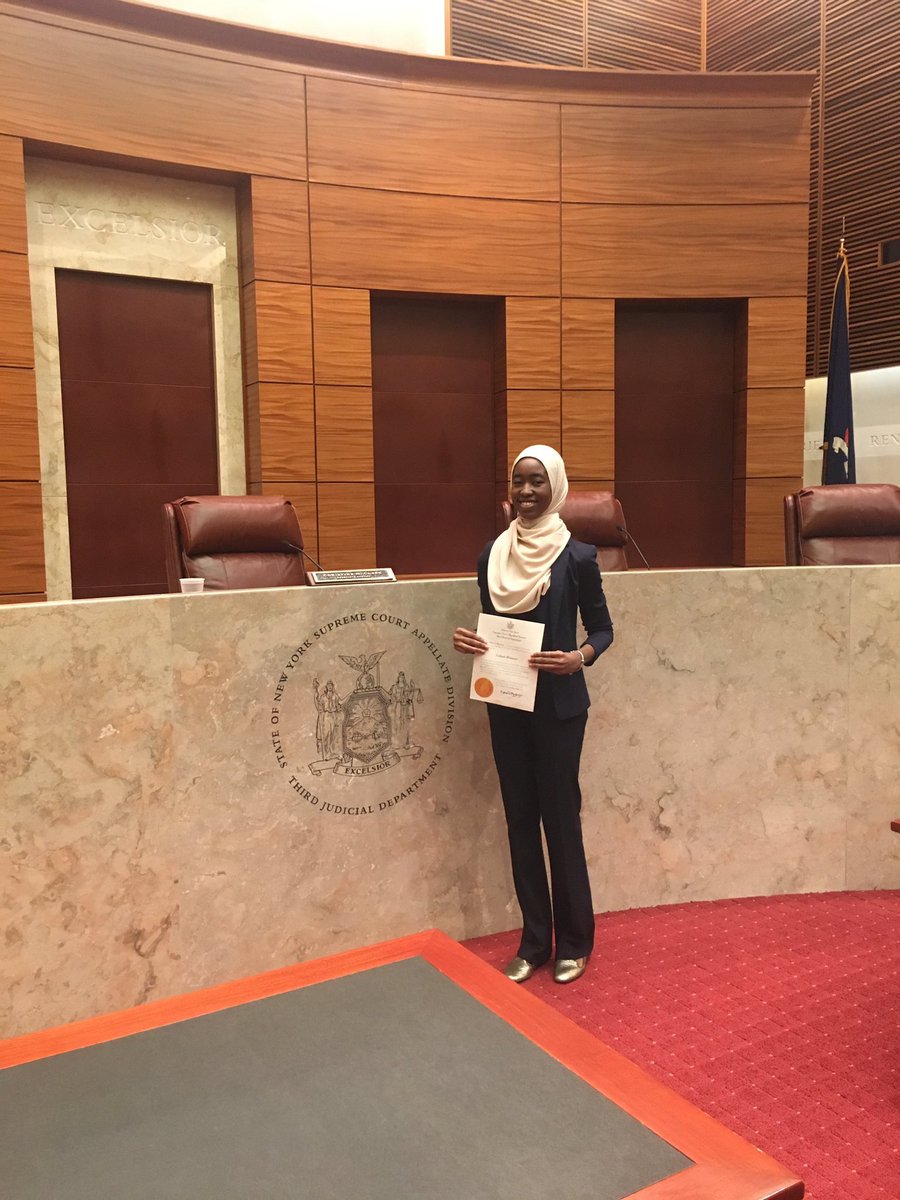 Abah has celebrated Amasa’s victorious outcome and induction into the Nigerian bar association on his official Twitter account @DrJoeAbah.

“Congratulations to Amasa Firdaus who has now been called to the Nigerian Bar with her hijab. I am proud to have stood on the side of honour in her case. I am proud that I don’t bay with the mob or run with the herd. The truth will always prevail.”