Caster Semenya of South Africa celebrates after winning the Women’s 800m Final of the Athletics competition on day nine of the XXI Commonwealth Games at Carrara Stadium on the Gold Coast, Australia, 13 April 2018. Photo: backpagepix

BRISBANE, Australia – South Africa’s Caster Semenya dedicated her 800-metre gold at the Commonwealth Games to the rural youth of Africa on Friday on the Gold Coast, Australia.If ever there was a golden banker for Team South Africa at these Games, it was going to be the double Olympic 800m and reigning world champion.

She led from start to finish before wiping out the 16-year-old Commonwealth record of Seychelles athlete Joanna Houareau.

In third place was Natoya Goule, the Jamaican who ran a personal best of 1:58.82.

“You know, sometimes when you are winning all the time you run out of emotions,” said Semenya.

“So this win is actually not about me but it’s for all the African girls coming from the rural areas who don’t believe this is possible.

“But anything is possible… I want this to inspire them and let them believe in themselves.” 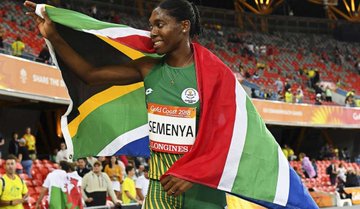 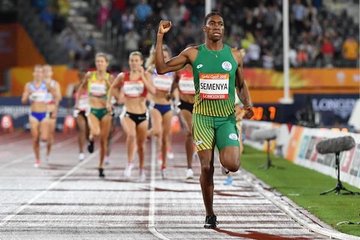 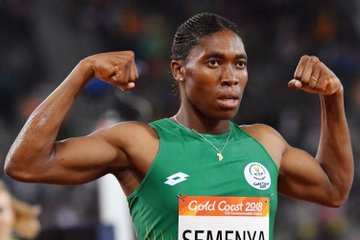 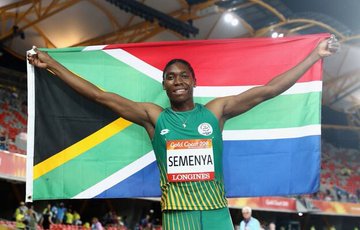 Particularly hard-hitting words as Semenya herself comes from the poor rural communities in the Limpopo province in South Africa.

“Obviously, I’d like to do this 800/1500m double at the next world championships and Olympics and I’ll probably be more emotional then but this is like a ladder, another step upwards.”

Going back to her roots she said: “People can see on my social media the work I’m doing. When I go back they know what I’m doing.

Her gold medal boosted South Africa’s tally to 35 – 13 gold, 10 silver and 12 bronze, just five short of their tally in Glasgow, Scotland four years ago and with two days of competition still remaining.