London, April 8, 2018 (AltAfrika)-Amidst the on-going senseless war in South Sudan, anything positive is worth celebrating. South Sudan has a female pilot who is a shining light . The first female pilot  of South SudanAluel Bol Aluenge has risen to the position of captain with major American airline company Delta Air Lines after working with Ethiopian Airlines and FlyDubai.

34-year-old Aluel Bol was celebrated in 2011 after completing an aviation training in the United States with the support of the South Sudanese government.“I feel extremely delighted especially at the mere thought of achieving my dream. As a child growing up, I always wanted to be a pilot and my late dad made sure that he did all what it takes to make me succeed,” said Bol seven years ago.

She is being celebrated again for rising up the ladder to become a captain at one of the leading airline companies in the world. 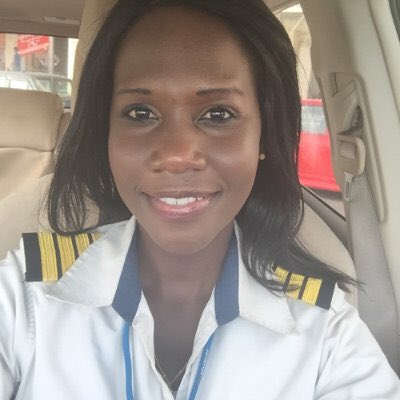 She replied after dozens of congratulatory messages.

Thank you sister For your support. I am greatly humbled. To God be the glory @modernemeid

Aluel Bol is from South Sudan’s Lakes State and is the daughter of late Justice James Bol. She was a refugee in Kenya during her country’s ethnic and political conflict.
Face2face Africa
SHARE ON:
Previous Article