The 30-year-old economist, media commentator and policy analyst first joined parliament in 2016 as a specially elected MP by former president Ian Khama, and she is now the Investment, Trade and Industry Minister

Her appointment as a minister makes her the country’s youngest minister and one of few women to ever gain political leadership in the landlocked Southern African country.

This feat has generated a lot of reaction from many young Africans on social media who were not only admiring her good looks, but rethinking the choice of older political leaders in their countries.

One Twitter user EnviroMan from South Africa compared Bogolo to the women in his country’s cabinet who he described as Gogos – which means Grandmothers in the Xhosa language. “Get to SA and have a look at Gogos in the cabinet,” he tweeted under a post.

She was also a women’s empowerment advocate as she and a friend formed the Molaya Kgosi Women Empowerment group following her Mandela Washington fellowship in 2011 which offered her the opportunity to meet former U.S. first lady Michelle Obama.

Bogolo Joy Kenewendo lived in Ghana after her Masters and worked as a trade economist in Ghana’s Ministry of Trade and Industry after a previous employment as an economic consultant at Econsult Botswana. She has won several awards including the Ten Outstanding Young Persons (TOYP) award by JCI Botswana in 2012.

After a disclosure of her background and experience, the tweets of admiration continued with criticism of Africa’s leadership which is saturated with elderly statesmen and women. 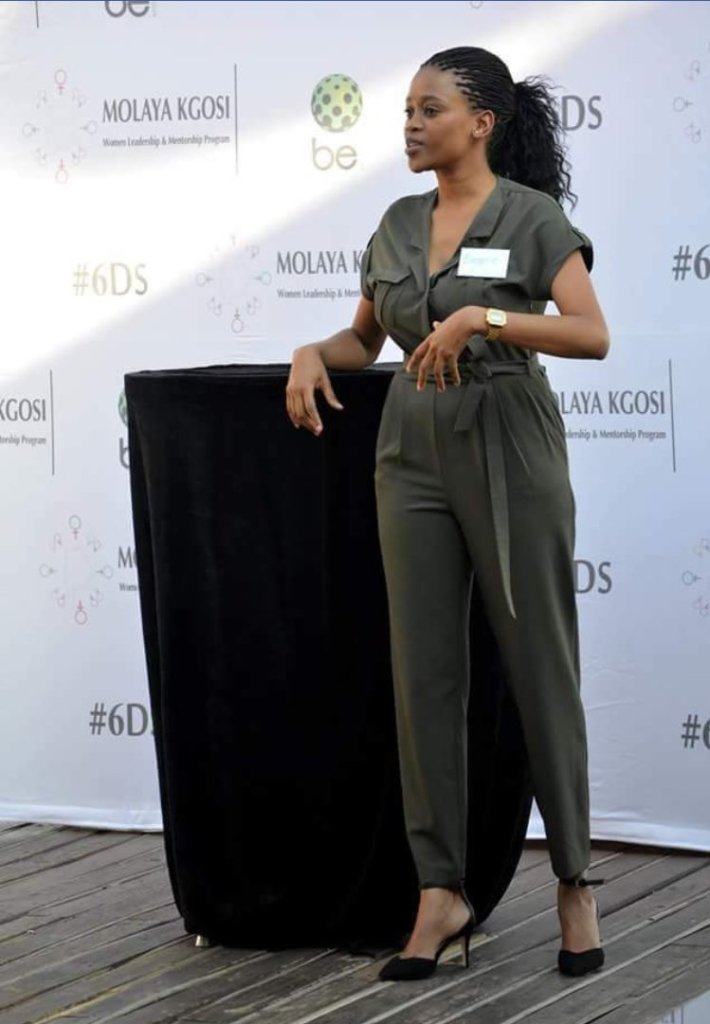