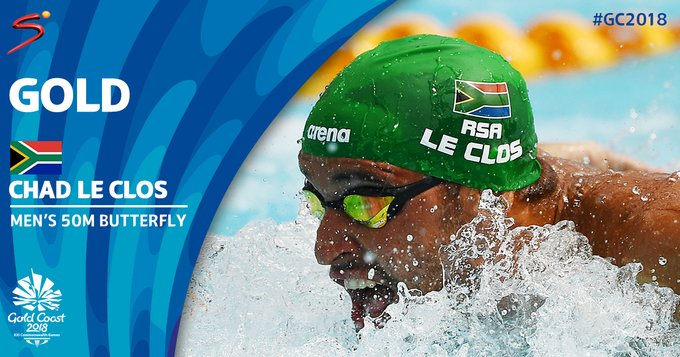 Le Clos touched the wall in 23.37 seconds with Dylan Carter of Trinidad and Tobago some way behind in 23.67. Close behind in third was Coetzee in 23.73 to complete a double-medal haul for South Africa on the podium.