The global extent of MI6’s cooperation with Muammar Gaddafi and Tony Blair’s personal role in negotiating the alliance have emerged in previously secret documents released in a high court case over rendition.

The Libyan files show that the then head of MI6, Sir Richard Dearlove, flew to Tripoli in 2004 to discuss how to conduct a joint campaign against exiled Libyan jihadists, who were stigmatised as “heretics” by Gaddafi’s officials.

The papers, discovered in Tripoli in recent weeks – one described as “top secret” – also suggest for the first time that Gaddafi wrote to Blair in 2003, listing five demands that he was making in return for Libya giving up its nuclear weapons programme. 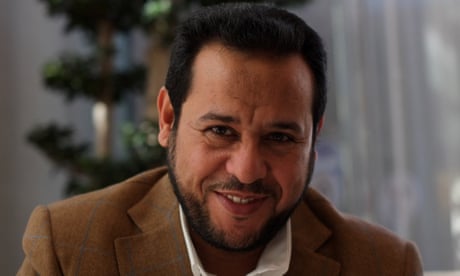 The material sheds fresh light on the clandestine collaboration between the UK intelligence services and Gaddafi’s regime in organising the kidnapping of members of the Libyan Islamic Fighting Group (LIFG) and their forcible return to the regime’s jails in Tripoli.

The five demands are mentioned in a letter that Gaddafi’s intelligence chief, Moussa Koussa, wrote to the MI6 counter-terrorism chief, Mark Allen, in October 2003. In that letter Koussa asked Allen to “confirm from your side that you are going to commit to these demands and actually execute them”. It is unclear what those demands were.

The following February, Dearlove and Allen headed an MI6 delegation to Tripoli, and the Libyan minutes of the meeting show they agreed that information on “dangerous elements” would be shared by Gaddafi’s intelligence agents.

Three weeks later the LIFG leader, Abdel Hakim Belhaj, and his pregnant wife were detained in Bangkok and “rendered” to Tripoli. Documents discovered during the Libyan revolution show that Allen claimed credit for the intelligence that allowed the couple to be located.

Belhaj was held in one of Gaddafi’s prisons for six years and says he was repeatedly tortured.

The newly discovered papers show that an MI6 officer flew to Tripoli within days of the kidnap and asked about the extent of Belhaj’s “cooperation with investigations”. She also told her Libyan counterpart that MI6 had a number of questions it wanted to be put to Belhaj. 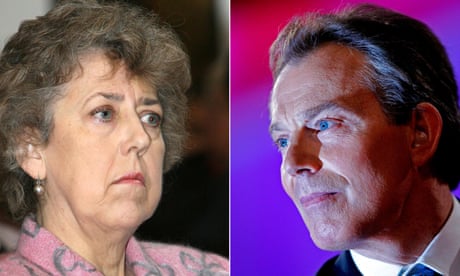 Government must ‘come clean’ over MI6 role in Libyan renditions

This officer also told the Libyans about the location of a second LIFG leader, Sami al-Saadi, who was also kidnapped and “rendered” to Tripoli later that month, along with his wife and four children, aged six to 12.

Government lawyers have not yet disputed the authenticity of the new documents despite having been served them several weeks ago.

Saadi settled his claim against the British government in 2012 after receiving £2.2m in an out-of-court settlement.

Belhaj and his wife are now suing Allen, MI6 and Jack Straw, who was foreign secretary at the time. The high court heard on Monday that the case was unlikely to come to full trial before next year.

Belhaj’s lawyer, Cori Crider from the legal charity Reprieve, said: “Our new evidence raises questions about how much No 10 knew of the plan to kidnap my clients. Did Gaddafi ask Blair to help him target dissidents? Why did No 10 send an emissary to meet Libyan spies just weeks before the abduction? What really happened at Dearlove’s set-piece presentation to Gaddafi? Come trial, Teflon Tony, Jack Straw, and others at the heart of government may find themselves in a pretty sticky spot.”

Belhaj’s lawyers are also attempting to challenge a decision by prosecutors not to bring criminal charges against Allen.

In a separate hearing last week as part of that challenge, it emerged that secret legal advice given to the FCO about the legality of rendition is being withheld from Belhaj and his lawyers even though the documents have already been shared with police, prosecutors, MPs and a judge-led inquiry.

A witness statement from Chanaka Wickremasinghe, a legal counsellor at the FCO, was released at an interim hearing in a case challenging the Crown Prosecution Service’s decision not to prosecute anyone for the 2004 kidnap of Belhaj and his family in the Far East and their forcible removal to Libya.

Wickremasinghe’s statement said that “most of the documents were sensitive in nature” and confirmed that they had also been shown to Straw. The purpose, Wickremasinghe said, was to assist in the police and CPS investigation but some of the material has also gone to the Gibson inquiry into the UK’s involvement in rendition and torture and to the House of Commons intelligence and security committee.

Nigeria: Over 50 schoolgirls missing after fresh ...