Cyril Ramaphosa, who has become South Africa’s president following the resignation of Jacob Zuma on Wednesday night, faces many challenges.

Twenty-three years after the end of the racist, repressive apartheid regime, South Africa remains a country with enormous resources and great wealth but also vast inequality and poverty.

Though successive ANC governments have made huge efforts to build homes and supply basic services to millions of people, they have been unable to meet expectations. Many people live without electricity or sanitation. Schooling and healthcare are often rudimentary. One recent survey found eight out of 10 nine-year-olds in South Africa are functionally illiterate. Levels of violent crime are among the highest in the world, with poor South Africans suffering most. 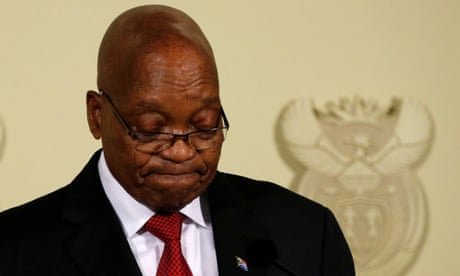 Cape Town, the country’s second city, is running out of water. According to government statistics, the total number of people living with HIV increased from an estimated 4.72 million in 2002 to 7.03 million by 2016, though the rate of infection is declining.

Unemployment remains at an historic high of 27.7% across the general population, and as high as 68% among young people. Economic growth has been limited in recent years, averaging little more than half the rate of population growth of 1.2%. Zuma’s departure has sent the rand surging and will spur a rush of much-needed foreign investment.

Goldman Sachs has identified South Africa as the “big emerging market story” of 2018, and some analysts forecast growth of 2% this year.

But this is way short of levels that would generate the millions of jobs needed. The country’s enormous structural problems – such as a chronic lack of skilled workers – remain.

Then there is corruption – from the police officer demanding cash to ignore a minor driving offence, to the huge sums mentioned in allegations of graft levelled at senior public figures.

Corruption has not just undermined public finances but also public confidence in the state. South Africa still has many strong institutions, particularly its judiciary, but there is limited faith in the police or public prosecutors. This week a court in Durban heard claims that officials had received bags of bank notes and diamonds from a businessman in exchange for access to legal documents.

Nor can the ANC rely on its extraordinary history and the reputations of the giants who led the anti-apartheid struggle to guarantee political power today. A younger generation of ANC politicians is pushing through, and they cannot counter accusations of incompetence or wrongdoing by appealing to the efforts made by their forebears to build a multiracial democracy against the odds. There is impatience and anger. Thirty per cent of the South African population is under 15, and for them the racist regime that fell in 1994 is ancient history, however toxic its legacy today. 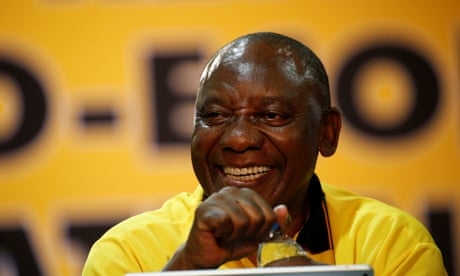 The first task for Ramaphosa will be to unite the ANC before the campaign for the 2019 elections gets under way. The organisation’s political dominance is still not fundamentally threatened by opposition parties. But the ANC must limit losses – recent municipal polls saw serious setbacks – and avoid being forced into a coalition government. This will not be easy. The disaffected followers of Zuma will need to be co-opted, or marginalised, even though many remain in positions of power, and ideological disputes that have split the ANC remain largely unresolved.

Analysts described the ANC’s choice of leader in December as a turning point for the country, not just the party. Now Ramaphosa is in charge of both. Fifty-four million South Africans – and many others across the continent and the world – will be watching his every pronouncement to know whether the future will bring new hope or disappointment