London, Feb. 10, 2018 (AltAfrika)-When the forecasts turned out to be true and rain fell from the skies, the residents of Cape Town in South Africa rejoiced, thanked God and stood outside to feel the water on their skin.

In the drought-hit city, Friday night’s 8mm (0.3 inches) was long-desired.

Residents of the city have been under orders to save water meticulously to avoid the city’s taps running dry.

There is a very real chance that Cape Town will simply run out of water.

The city has had low rainfall for three years.

In January, local authorities slashed residents’ water allowance to 50 litres (88 pints) each a day. That’s enough for a very short shower and just one flush of the toilet when other needs – including just one load of the washing machine a week – are taken into account.

So the rainfall on Friday came as a boon to many who saw their chance to store some extra water, for watering plants, flushing toilets or cleaning. 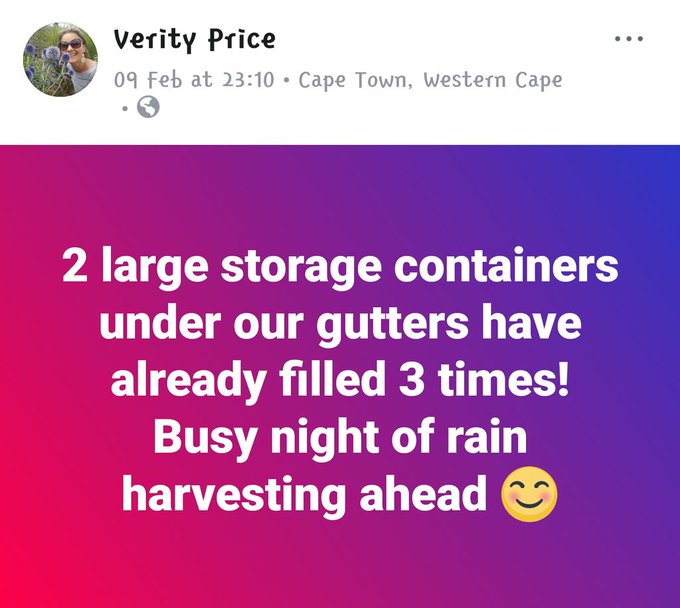 Others took the moment to feel thankful for the feel of the rain on their skin.

RAIN in Cape Town #drought – I’ll forever be aware of the value of rain . The smell, sound and feel of it ….joyful gratitude

This sound of rain in Cape Town is absolutely magnificent. #DefeatDayZero 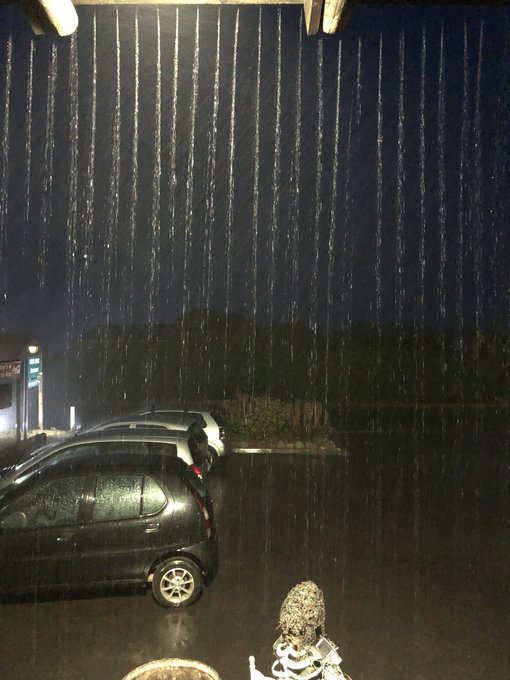 In a restaurant in Cape Town and suddenly the rain hits – everyone goes outside to see.

It’s been a while #WaterCrisis

Some joked that restrictions on water usage applied to the weather too.

BREAKING: Rain showers this evening in Cape Town to be limited to 1 minute, as per Water Restrictions Level 6B.

One pastor, who had led prayer for rain in Cape Town, said his prayers had been answered.

“It’s a confirmation that I am a true prophet and whatever that I have promised Cape Town has come to pass,” Paseka “Mboro” Motsoeneng said, complaining that the media had not taken his prayer seriously.

Sadly for residents, it is unlikely that the shower will lift the city’s water woes.

They have been watching the date of the city’s “Day Zero” move for several months. That’s the day when taps will be switched off to private homes and residents will have to go to collection points for rationed water.

Now, instead of April, “Day Zero” is projected to arrive on 11 May.

But it is because farmers around the city have been using less water – not because of that small amount of rain.