Kenyans have expressed shock at the news that opposition lawyer and self proclaimed General of the resistance movement, Miguna Miguna has been deported to Canada.

The Official Government Newsroom on Twitter (Nexus KE) tweeted the development saying ‘‘Miguna is headed home. The court ordered he gets released and the interior ministry obeyed the orders and even assisted him with a flight ticket home.’‘

The account added that Miguna ‘‘renewed his Canadian passport on 16th June 2017’‘.

Miguna is headed home. The court ordered he gets released and the interior ministry obeyed the orders and even assisted him with a flight ticket home. 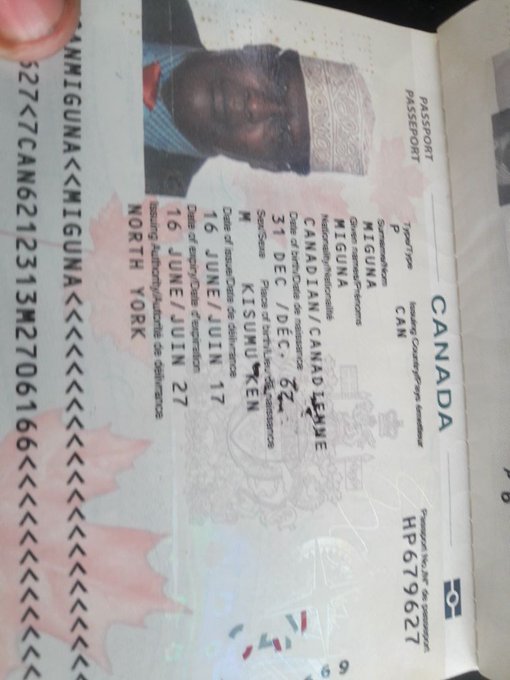 Miguna is headed home. The court ordered he gets released and @InteriorKE obeyed the orders and even assisted him with a flight ticket home. Please note he renewed his Canadian Passport on 16th June 2017.

Along with the tweet, a picture and video purportedly showing Miguna aboard a plane is circulating on social media.

Ladies and gentlemen . Indeed Miguna Miguna has been kicked out of his motherland . Never imagined I would be alive to see these happen in my own country .

Local media reported that Miguna’s lawyers say he was deported to Canada via a KLM flight.

“It is true. He was forced into a KLM flight minutes to 10pm and we gather he is headed to Canada. Such a travesty of justice,” Dr John Khaminwa, one of Miguna’s lawyers told the Daily Nation newspaper.

We are reliably informed that Miguna Miguna has been forced into a KLM flight for “deportation” to Canada. Now, how do you deport a Kenyan? This Country has been overrun by criminals.

The constitution of Kenya guarantees Miguna’s citizenship since he is a Kenyan by birth and many will be looking forward to the government’s explanation of the deportation.

Reports of Miguna’s deportation comes hours after High Court Judge Luka Kimaru barred the Director of Criminal Investigations and the Inspector General of the police from preferring any criminal charges against him.