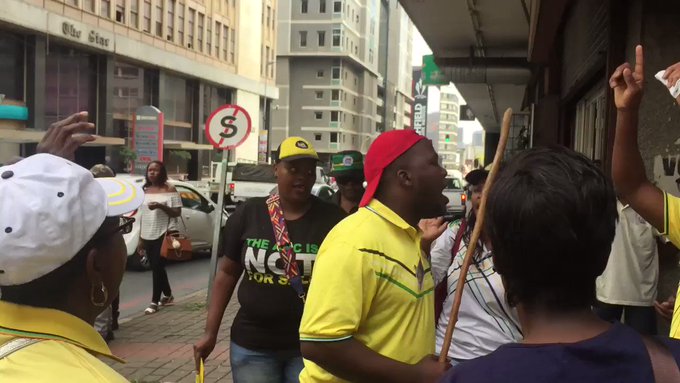 A group of anti- Zuma protesters outside #LuthuliHouse on Monday morning. @TeamNews24

Mr Zuma is a highly divisive figure. His critics accuse him of being corrupt, while his allies see him as a champion of black economic empowerment.

His deputy, Cyril Rampahosa, replaced him as ANC leader in December.

Some of Mr Rampahosa’s supporters are now pushing for Mr Zuma to resign, opening the way for the ANC leader to become president.

A top leadership body of the party, the National Working Committee, is due to meet later on Monday to discuss the power struggle.