Mariatu Sesay stands in front of her cafe which she runs and also teaches catering skills to sex workers there. Goderich, Sierra Leone, Jan. 2018 (N.deVries/VOA)

FreeTown-In Sierra Leone, as elsewhere, commercial sex work is still stigmatized. Sex workers there say they face assault and routine intimidation by police, clients and others. Local activists are working to provide greater opportunity and protection for women in the sex trade.

On the outskirts of Freetown, Mariatu Sesay runs a small roadside cafe. But it is more than a place to get a cold drink or a warm meal.

Sesay spends much of her time training any sex trade worker who wants to learn how to cook and run a small business.

Sesay says she has helped over 40 women get out of the sex industry.

“I have a passion for this job … since I was around 7 years old … I used to see plenty of women doing sex work, they used to come in our compound. They’d wash there, leave their things there,” Sesay said. “At times, I saw how the beach boys used to beat them for money.”

Sesay has her own story, too.

During Sierra Leone’s 11-year civil war, rebels killed Sesay’s parents and captured her. She was 11 years old and forced to become a sex slave. The war ended in 2002 and she was eventually able to go back to school.

Others haven’t been so lucky. Many girls became orphans struggling to survive on the streets after the civil war.

It’s estimated there could be up to 300,000 female commercial sex workers in Sierra Leone, according to 2013 figures from the National HIV/AIDS Secretariat; however, it is believed that number has increased due to the Ebola epidemic, which ended in 2016. 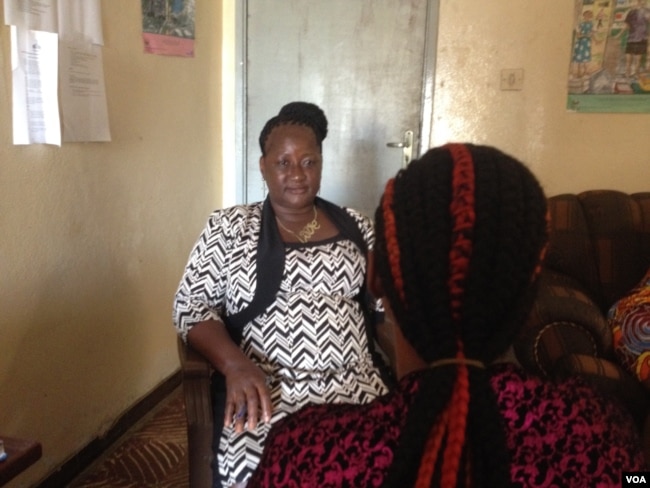 Julie Sesay of Advocaid speaks to a sex worker at the Advocaid office, in Freetown, Sierra Leone, Jan. 16, 2018. (N. deVries/VOA)

Julie Sesay — no relation to Mariatu Sesay — is a program manager for Advocaid, a legal aid group that helps vulnerable women.

“The increase is due to the fact that many families lost parents and after the loss of both or single parents, there is very high likelihood there will be increase in poverty and if there is increase in poverty, no education; then what do you expect a young girl to do?” Julie Sesay said. “It’s to plunge themselves into sex work.”

The laws in Sierra Leone are ambiguous on prostitution. Selling sex is not illegal in and of itself.

Julie Sesay says female sex workers are arrested for offenses such as loitering. And they have been arrested for working in a public place.

Advocaid says the women are rarely convicted on these charges and the state is wasting resources.

One sex worker in Freetown, who asked VOA not to share her name due to stigma, described her recent arrest.

The woman says she lived with an aunt who was abusing her, so she ran away and began selling sex. She was eventually arrested for loitering. She says the police beat her and when she had no money for bail, they asked for sex instead. She refused and spent a month in jail before Advocaid intervened and got her released.

Advocaid says this is a common scenario, one the group also highlighted in a recent documentary.

Police told VOA they are investigating the allegations.

Ibrahim Samura is the public relations officer for the Sierra Leone police.

“It is our duty to look into those allegations, and it’s our duty to engage our personnel, sensitize them and tell them that disciplinary measures will be taken if any police officer is found wanting of any of the allegations raised,” Samura said. 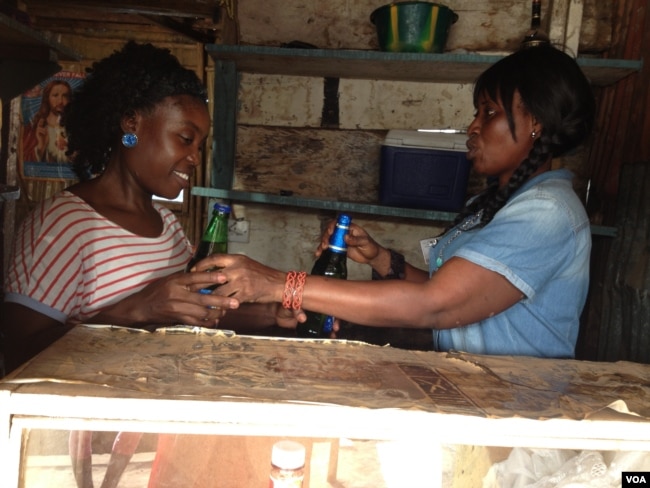 Meanwhile, at the roadside cafe, Mariatu Sesay stocks up on Star beer for evening clients with one of her trainees, Mary Aruna, a former sex worker.

Speaking in her native Krio, Aruna said she has learned to save money and believe in herself again.

As for Mariatu Sesay, she says she will remain an ally for sex workers and continue to empower them.