An allegation made by Brighton’s Gaetan Bong about “something said” by West Brom’s Jay Rodriguez is set to be reviewed by the FA. 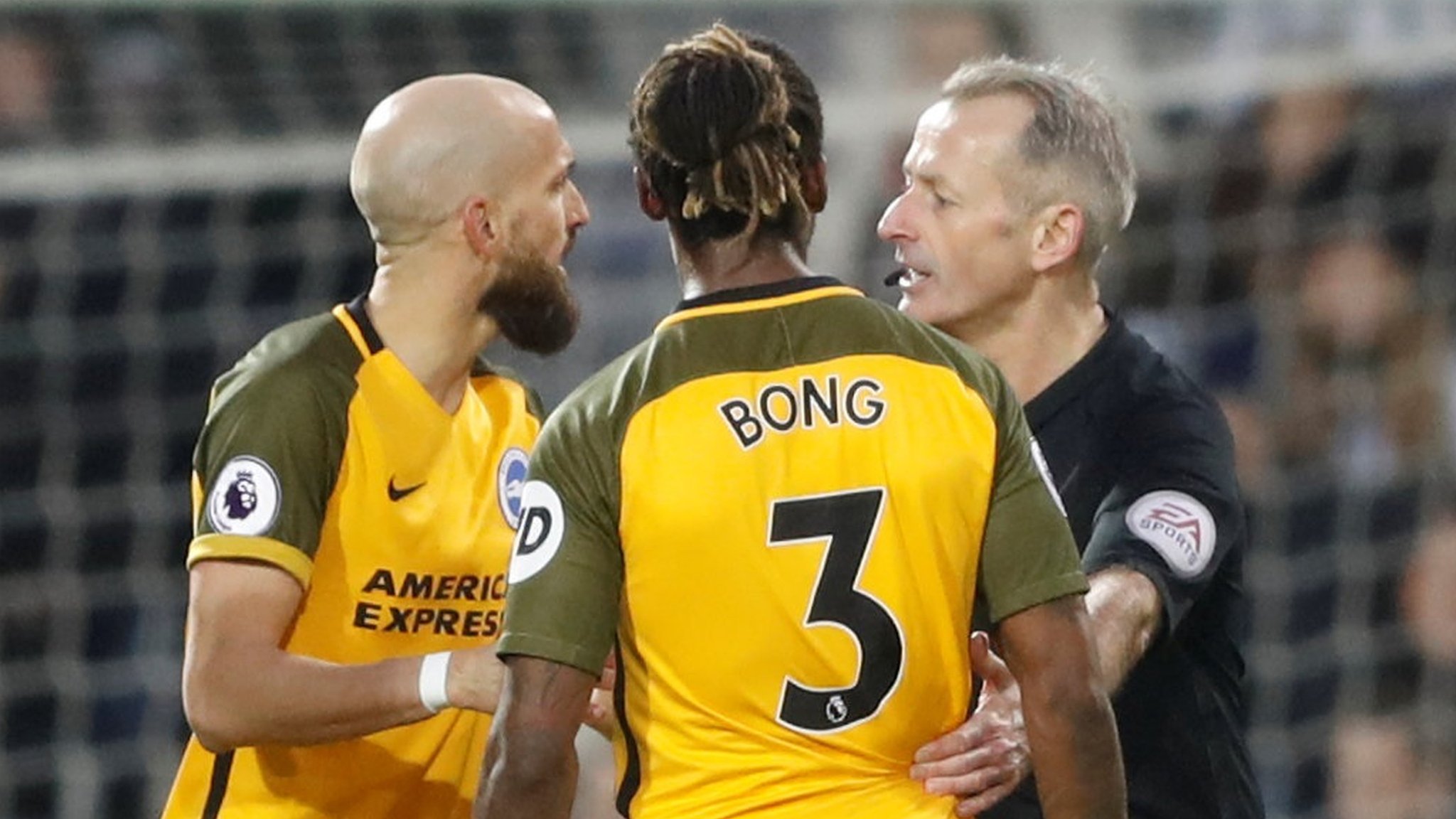 An allegation made by Brighton defender Gaetan Bong about “something said” by West Brom’s Jay Rodriguez is set to be reviewed by the Football Association.

Bong made the claim after an incident involving striker Rodriguez during West Brom’s 2-0 home win on Saturday.

Rodriguez pinched his nose after they clashed, before Cameroon international Bong alerted the officials.

Brighton boss Chris Hughton said the allegation will be included in referee Martin Atkinson’s report to the FA.

Atkinson did not take any action on the pitch, but made a note of the incident and consulted fourth official Tony Harrington.

Both Hughton and West Brom counterpart Alan Pardew spoke at length to Atkinson after the match, but would not state the exact nature of the allegation.

“There was something said to Gaeten Bong by Jay Rodriguez which has been reported to the referee,” Hughton said.

“There was an allegation and something which will then go through the correct channels.

“I have spoken to the referee and that will go in his report to the FA.”

Pardew said: “I know Jay well, and I’ll be surprised if it is anything.”

An FA spokesperson said the governing body is awaiting the submission of Atkinson’s report.