Portuguese coach Paulo Duarte believes there is more to come after extending his contract with Burkina Faso until July 2019. 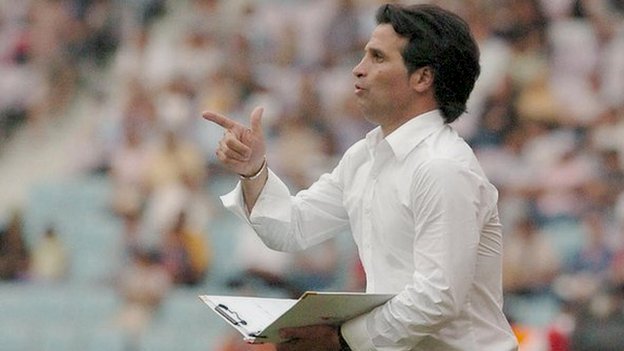 Portuguese coach Paulo Duarte believes there is more to come after extending his contract with Burkina Faso until July 2019.

The 48-year-old, who took charge of the Stallions for a second spell in December 2015, helped Burkina Faso finish third at the 2017 Africa Cup of Nations in Gabon.

Duarte’s contract had expired at the end of December and the Burkina Faso Football Federation (FBF) has now mandated him to qualify for the next tournament in Cameroon.

“I still think there’s a lot of success we can all achieve together,” said Duarte.

“This country has great potential and I believe with hard work we can make big steps and significant achievements.”

Duarte fulfilled his previous mandates as the Stallions’ boss by qualifying and reaching the 2017 Cup of Nations semi-finals, as well as finishing second in Group D behind Senegal in the race for a place at this year’s World Cup in Russia.

He was previously in charge of the Stallions between 2008 and 2012, during which time he led them to two Africa Cup of Nations finals tournaments.

During his first spell with Burkina Faso, Duarte spent several months coaching both the Stallions and French club Le Mans, before being sacked by them in 2009.

He then went on to coach Gabon from April 2012 until September the following year.