Debutants Namibia score in the final seconds of their Group B match to beat Ivory Coast 1-0 at the African Nations Championship (CHAN) in Morocco. 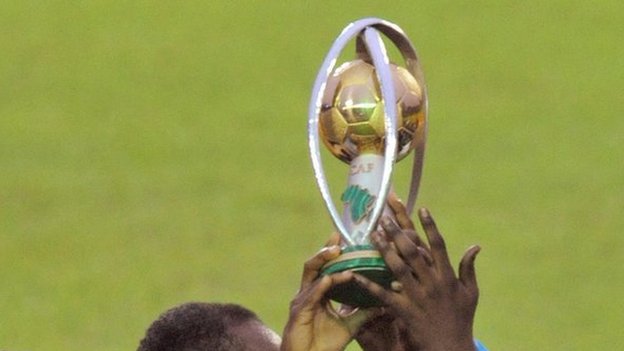 Debutants Namibia scored in the final seconds of their Group B match to beat Ivory Coast 1-0 at the African Nations Championship (CHAN) in Morocco.

Just a handful of fans turned up to watch a game that lacked any real quality at the stadium in Marrakech, on day two of the tournament for home-based players.

Defender Charles Hambira headed home the only goal of the game moments before the final whistle for Namibia who had created the slightly better chances.

The best opportunity of the first-half fell to Namibia’s Petrus Shitembi on the edge of the area but his shot was at a good height for the Ivorian keeper Ble Zadi to palm away to safety.

Ivory Coast then had to deal with more danger when Ferdinand Karongee’s overhead kick on the byline created a chance but a weak header was easily cleared.

The second-half lacked many clear chances – Ivory Coast’s William Togui having one of the better ones as he cut in from the left and found space for a shot but it went wide of the target.

Then in the final seconds Namibia were awarded a free-kick wide on the touchline that was swung in by Riann Hanamub with Hambira getting the faintest of touches to the ball to score the goal.

Uganda take on Zambia in the other Group B game later on Sunday.