The White House does not deny he used a slur about Haiti, El Salvador and African nations. 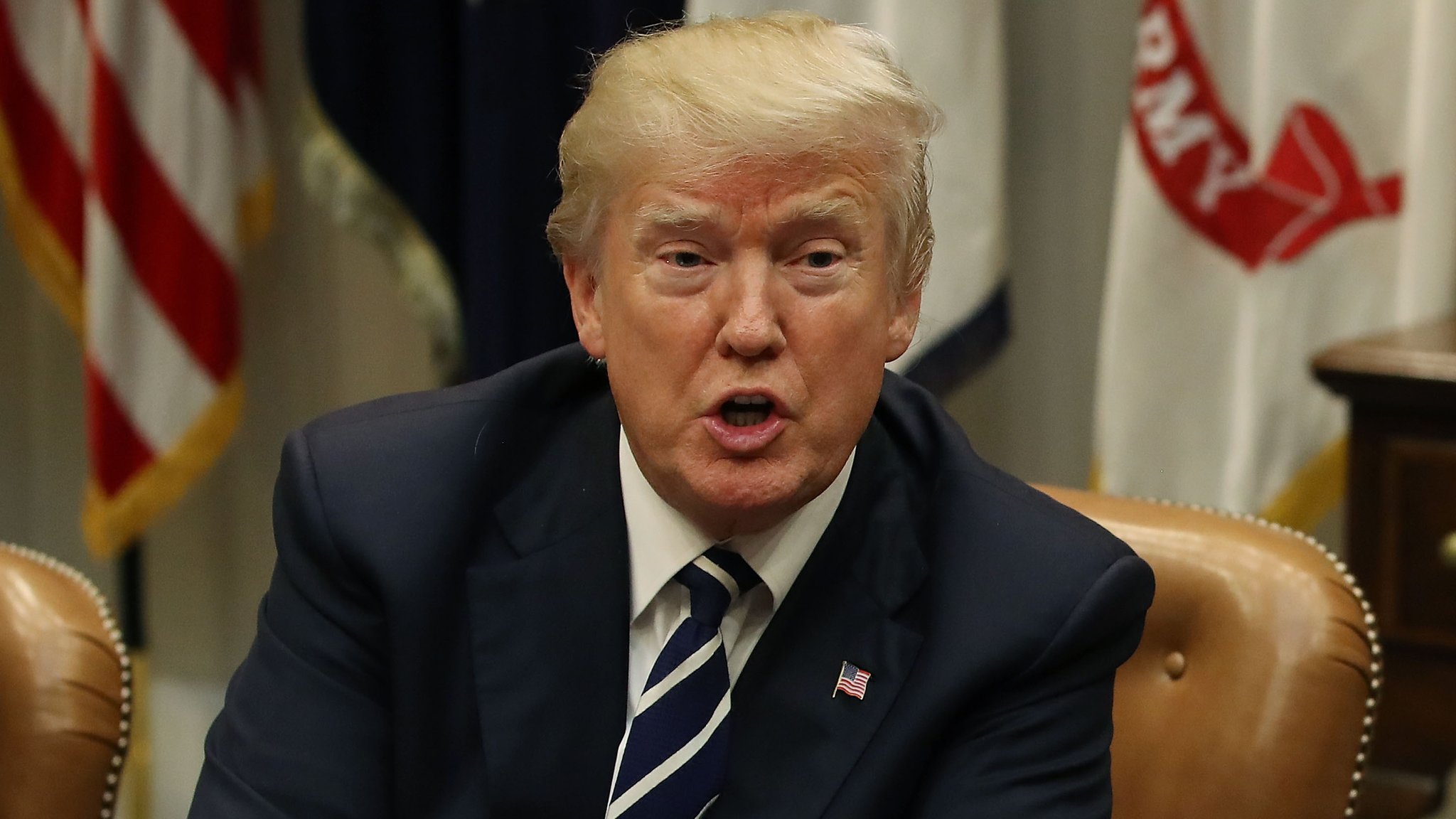 US President Donald Trump has reportedly lashed out at immigrants in a foul-mouthed Oval Office outburst.

“Why are we having all these people from shithole countries come here?” Mr Trump asked lawmakers on Thursday, in remarks widely reported by US media.

The remark, made during talks on an immigration deal, was apparently in reference to people from Haiti, El Salvador and African countries.

The White House made no attempt to deny the comment.

In recent weeks, the Trump administration has been trying to limit the number of family members of immigrants who can enter the US, and has moved to end the protected status of thousands of immigrants already in the US.

What did the president say?

Mr Trump’s reported remark came as lawmakers from both parties visited him on Thursday to propose a bipartisan immigration deal.

Democratic Senator Richard Durbin had just been discussing US temporary residency permits granted to citizens of countries hit by natural disasters, war or epidemics, according to US media.

According to the Post, Mr Trump told lawmakers the US should instead be taking in migrants from countries like Norway, whose prime minister visited him a day earlier.

The paper quoted him as saying: “Why do we need more Haitians? Take them out.”

Senator Lindsey Graham, a South Carolina Republican, was in Thursday’s meeting at the White House, but would not comment on the president’s reported slur.

How did the White House react?

The White House did not deny the comment, which was widely reported by other US media.

It continued: “Like other countries that have merit-based immigration, President Trump is fighting for permanent solutions that make our country stronger by welcoming those who can contribute to our society, grow our economy and assimilate into our great nation.

“He will always reject temporary, weak and dangerous stopgap measures that threaten the lives of hardworking Americans, and undercut immigrants who seek a better life in the United States through a legal pathway.”

Mia Love, a Utah Republican and the only Haitian-American in Congress, demanded Mr Trump apologise for the “unkind, divisive, elitist” comments.

Elijah Cummings, a Maryland Democratic lawmaker, tweeted: “I condemn this unforgivable statement and this demeaning of the office of the Presidency.”

The National Association for the Advancement of Colored People (NAACP) accused the president of falling “deeper and deeper into the rabbit hole of racism and xenophobia”.

But the White House rejected the criticism.

One Trump official was quoted by CNN as saying: “Though this might enrage Washington, staffers predict the comment will resonate with his base, much like his attacks on NFL players who kneel during the National Anthem did not alienate it.”

A spokesman for the Salvadorean embassy in Washington DC declined to comment.

How was the slur reported?

The Washington Post broke the story with the word “shithole” in its headline and in the alert that the paper sent out to followers’ smartphones.

On US TV, some broadcasters gave content warnings or avoided saying the word altogether. Fox News used asterisks to obscure the offensive word along the bottom of the screen, but CNN and MSNBC carried it in full.

Around the world, journalists reporting in other languages faced the question of how to translate what Mr Trump had said.

What was the meeting about?

Lawmakers reportedly proposed restoring so-called Temporary Protected Status (TPS) permits for certain countries, allowing their residents leave to remain in the US because their home countries are temporarily unsafe for them.

In return, they were said to have offered $1.5bn (£1.1bn) for a wall that Mr Trump wants built on the US border with Mexico.

This week the Trump administration announced it was withdrawing TPS for more than 200,000 people from El Salvador.

The decision gives Salvadoreans who have been living in the US for nearly three decades until next year to leave, seek lawful residency or face possible deportation.

They were granted provisional US residency after an earthquake devastated the Central American country in 2001.

But the State Department said on Monday that much infrastructure damaged by the quake has since been repaired.

TPS permits have already been withdrawn from Haitians and Nicaraguans.

Hundreds of thousands of migrants face possible deportation from the US

Will Cape Town be the first city ...