The ban, handed down by a local “river god” in central Ghana, also applies on Tuesdays. 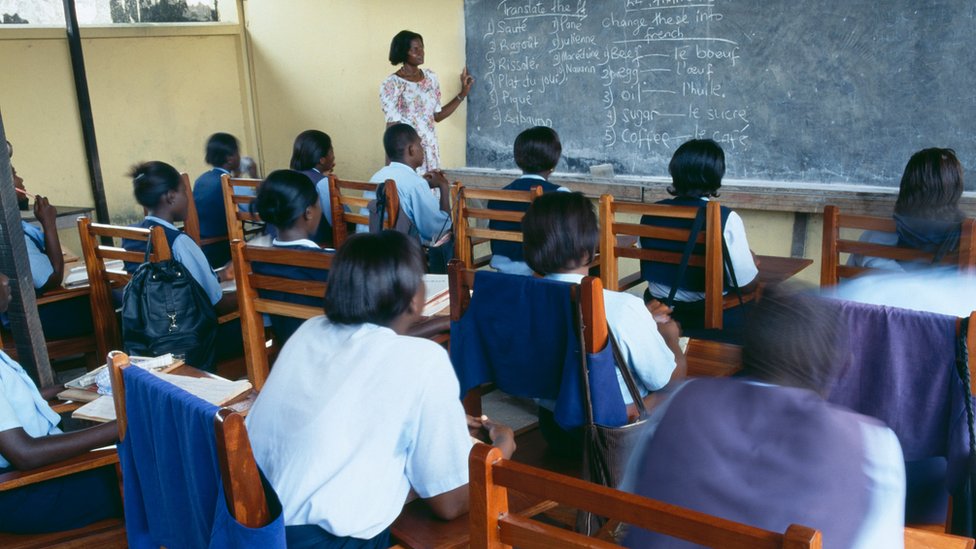 Ghanaian schoolgirls have been banned from crossing a river while they are menstruating – and on Tuesdays.

The ban, apparently given by a local river god, has outraged children’s activists, especially as girls must cross the river to reach school.

It means girls in the Upper Denkyira East district, in the Central Region, could miss out on their education.

Sub-Saharan Africa is already struggling to keep girls in school during their periods.

The UN’s scientific and education organisation, Unesco, estimates one in 10 girls in the region does not attend school because they are menstruating, while a World Bank report notes that 11.5m Ghanaian women lack the appropriate hygiene and sanitation management facilities needed.

“It seems the gods are really powerful aren’t they?” she said.

“Sometimes I think that we need to ask for some form of accountability from these gods who continue to bar a lot of things from happening, to account for how they have used the tremendous power that we have given them.”

Central Regional Minister Kwamena Duncan has given indications he will coordinate with the Ashanti regional minister to find a solution, BBC Pidgin reports.

The River Ofin serves as a boundary between the Ashanti and Central Region.

Many cultures have myths and taboos around menstruation.

In Madagascar, some females are told not to wash during their periods and in Nepal some women are forced to sleep in huts away from the rest of the family

Naby Keita: Liverpool will not get player ...