The former first lady’s doctorate was awarded after just months of study in 2014. 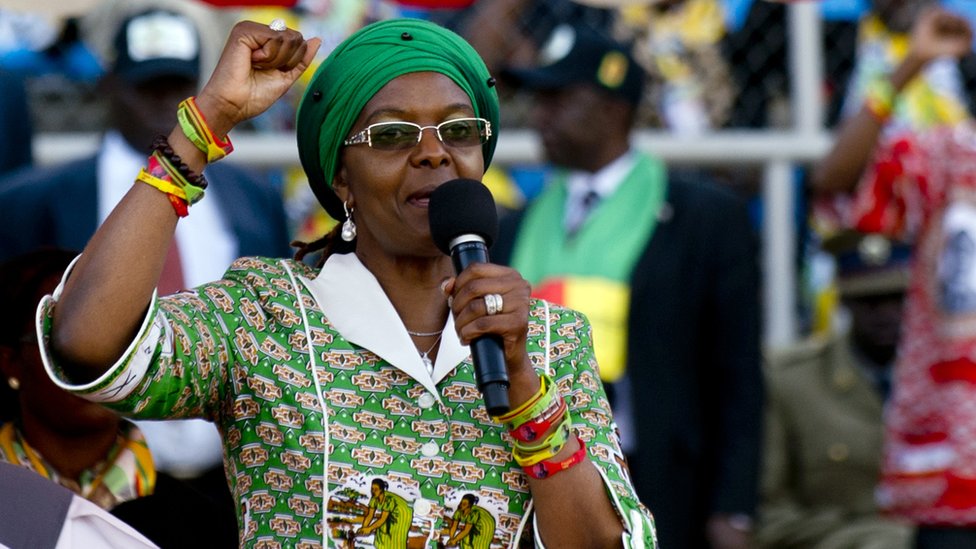 Lecturers at the University of Zimbabwe filed a petition last week asking to investigate.

She was awarded the PhD just months after enrolling at university in 2014 even though doctorates typically require years of full-time research.

In September, she told a governing party rally that she had earned her PhD despite her detractors’ scepticism.

She was awarded a PhD by the University of Zimbabwe.

But lecturers at the same institution are behind the petition to investigate how she obtained the qualification.

Zimbabwe Independent, a privately owned newspaper, quotes the academics’ petition as saying they had no knowledge of her 2014 graduation until they heard media reports:

“This was a shock to many members of the department as most members never [saw] or heard about the proposal, progress reports, thesis examiners and outcome of such a study by the candidate.”

Local media report that Mrs Mugabe doctoral thesis has not been made public, breaking with usual practice.

Mrs Mugabe was personally capped by her husband and then-president Robert Mugabe, who was also the chancellor of the University of Zimbabwe.

She had hoped to replace her husband as leader, but antagonised a faction of the ruling Zanu-PF party which led to a fallout within the party.

The military then stepped in and forced President Mugabe to end his 37-year rule and installed his former deputy, Emmerson Mnangagwa, as president.