A dinghy carrying people attempting to reach Europe sank off the coast of Libya. 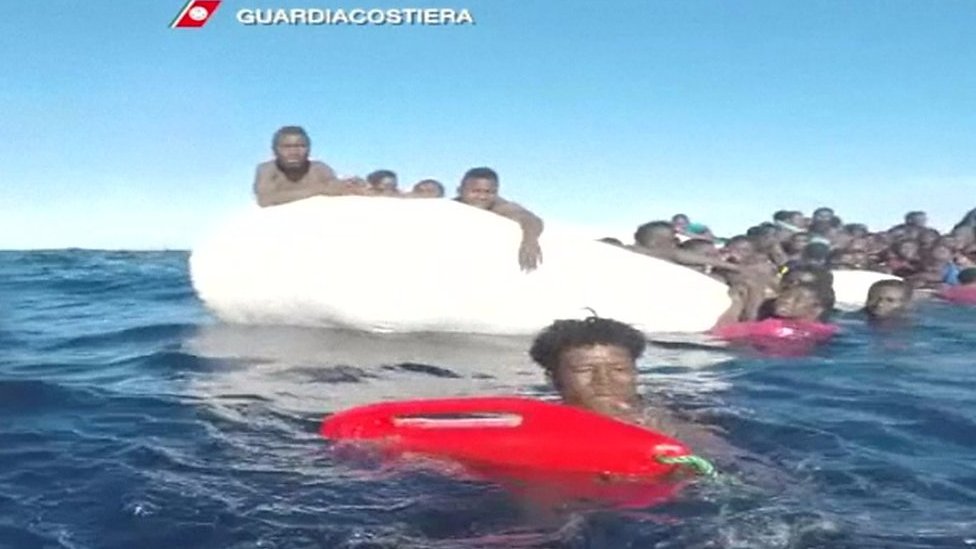 A dinghy carrying people attempting to reach Europe has sunk off the coast of Libya.

The Italian Coastguard said they rescued 84 people from the partly-submerged dinghy, in international waters about 40 miles from Libya. But several bodies were also recovered

It was believed to be the first shipwreck of 2018 – though rescue organisations say countless dinghies attempting to cross the Mediterranean are likely to sink without a trace, meaning the year’s death toll may have begun even earlier.

The alarm was sounded after a surveillance aircraft deployed in the EU anti-trafficking mission Sophia spotted the partly-submerged dinghy some 40 miles off the Libyan coast, in international waters.

“Shipwreck off the coast of Libya, east of Tripoli. Dozens of people missing who will die without a burial,” tweeted the Spanish charity Proactiva Open Arms.

Last year, 3,116 people died trying to cross from North Africa to Europe, according to Doctors Without Borders. Italian-led efforts to prevent people from setting out saw a sharp drop in the number of arrivals in the second half of 2017.

While migrants who made the perilous journey across the Mediterranean in rickety boats still numbered nearly 119,000, it was a roughly one-third drop over the previous year.
The drop has been attributed to a controversial combination of an Italian-led boosting of the Libyan coastguard’s ability to intercept boats and efforts to seek the assistance of powerful militias.
In the first six days of 2018, over 400 people have been brought to safety in Italy, the interior ministry said, compared to 729 in the same period last year.