The Nigerian army says more than 700 people held by Boko Haram militants in the north-east of the country have escaped captivity.

An army spokesperson, Col Timothy Antigha, said they had fled several islands in Lake Chad and arrived in the town of Monguno, in Borno state.

There has been no independent verification of the army’s claim.

A BBC correspondent says the escapes are likely to have happened over a period of time, not in one go.

In his New Year address, President Muhammadu Buhari said the group had been “beaten”.

In a post on the HQ Nigerian Army Facebook page, Col Antigha said the 700 comprised “farmers, fishermen and members of their families who were hitherto held by Boko Haram terrorists as farm workers”.

He said the recent operation “was targeted at destroying Boko Haram infrastructure and logistics; such as communication centres, fabrication yards, bomb making equipment, vehicles and other means of sustenance”.

“The ensuing collapse of their command structure and means of survival have therefore triggered the abandonment of the islands and escape of the abductees,” he wrote.

Col Antigha said the escapees were being profiled to ensure there were no militants hidden among them.

He also said two women among the escaped captives had given birth safely at a military holding facility.

Over eight years, Boko Haram’s campaign of Islamist violence has killed more than 20,000 people and displaced some 2.6 million.

Despite the authorities’ insistence that the group has been vanquished, in recent months Boko Haram fighters have stepped up their attacks on military and civilian targets. 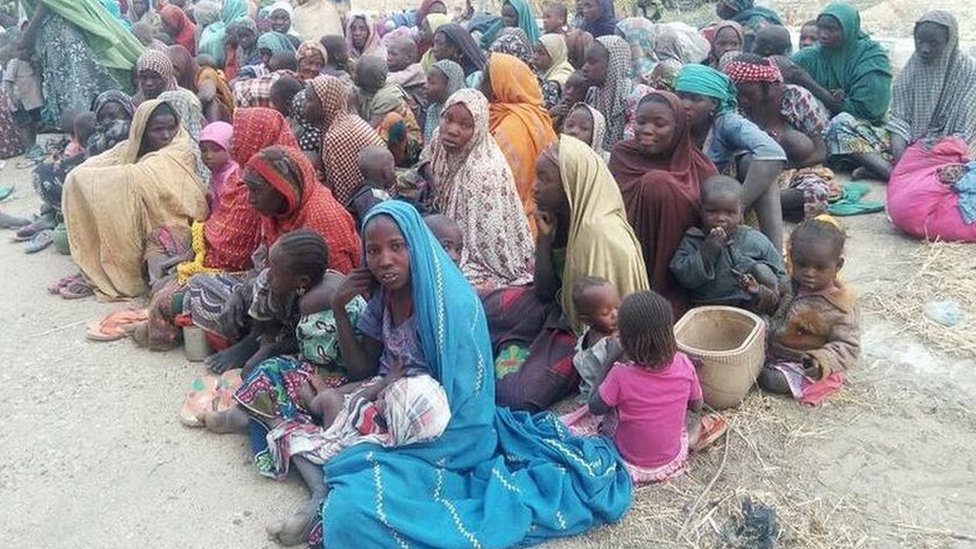 African leaders usher in 2018 with ambitious ...