Ghana’s Jordan Ayew told to be a ‘leader’ for Swansea

Swansea’s Ghanaian forward Jordan Ayew says the club’s new manager Carlos Carvalhal has asked him to be “a leader” as they look to move out of the Premier League’s relegation zone.

Ayew scored his third Premier League goal of the season in Swansea City’s dramatic 2-1 win against Watford on Saturday which lifted the team off the bottom of the table.

“The gaffer came in and asked me to be the leader in the dressing room,” Ayew told BBC Sport.

It’s a massive feeling. It was incredible that we got rewarded because we really worked hard. It’s a good step forward

“I try to do that, I try to show it on the pitch as well as with my running, with my commitment, with my fighting spirit and that’s what I try to do now.

“I don’t like to lose because I think I can do much more, I can give more to the team,” he added.

He described Swansea’s win over Watford as “incredible” – giving new manager Carlos Carvalhal a victory in his first match in charge since his appointment on Thursday.

Ayew said the three points have given the team a boost as they head into the new year.

“It’s a massive feeling. It was incredible that we got rewarded because we really worked hard. It’s a good step forward,” said Ayew.

“The manager told us to do the basic things. He said if you don’t run you come and sit down next to me (on the bench).”

The win was the Welsh side’s first away victory in the Premier League since August.

They face Tottenham at home in their next game on Tuesday. 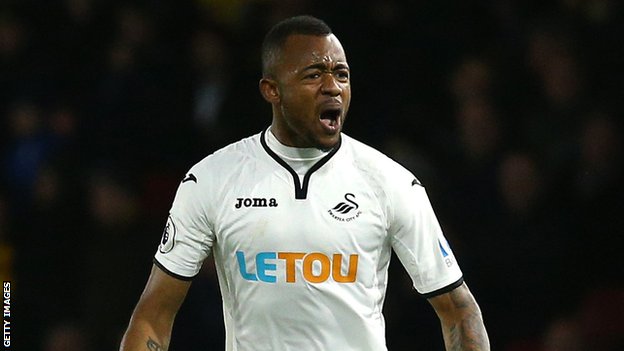