Unmarried girls who got pregnant used to be seen as bringing shame to their families in parts of Uganda, so they were taken to a tiny island and left to die. The lucky ones were rescued, and one of them is still alive. The BBC’s Patience Atuhaire tracked her down.

“When my family discovered that I was pregnant, they put me in a canoe and took me to Akampene [Punishment Island]. I stayed there without food or water for four nights,” says Mauda Kyitaragabirwe, who was aged just 12 at the time.

“I remember being very hungry and cold. I was almost dying.”

On the fifth day a fisherman came along and said he would take her home with him.

“I was a bit sceptical. I asked him whether he was tricking me and wanted to throw me into the water.

“But he said: ‘No. I am taking you to be my wife.’ So he brought me here,” she reflects fondly, seated on a simple chair on the veranda of the house she shared with her husband.

She lives in the village of Kashungyera, just a 10-minute boat trip across Lake Bunyonyi from Punishment Island, which is actually just a patch of waterlogged grass.

At first, Ms Kyitaragabirwe was unsure how to greet me until Tyson Ndamwesiga, her grandson and a tour guide, told her that I spoke the local Rukiga language.

Her face cracked into a nearly toothless smile. She held my arm from the elbow, in the tight grip that the Bakiga people usually reserve for long-lost relatives.

The slender-built Ms Kyitaragabirwe walks with steady steps and estimates that she is in her eighties, but her family believes she is much older.

She was born before birth certificates were common in this part of Uganda so it is impossible to be sure.

“She used to have a voter’s registration card from just before Uganda’s independence [in 1962]. That is what we used to count backwards. We think she’s around 106,” says Mr Ndamwesiga.

In traditional Bakiga society, a young woman could only get pregnant after marriage. Marrying off a virgin daughter meant receiving a bride price, mostly paid with livestock.

An unmarried pregnant girl was seen as not only bringing shame to the family, but robbing it of much-needed wealth. Families used to rid themselves of the “shame” by dumping pregnant girls on Punishment Island, leaving them to die.

Because of the remoteness of the area, the practice continued even after missionaries and colonialists arrived in Uganda in the 19th Century and outlawed it.

Most people at the time – especially girls – did not know how to swim. So if a young woman was dumped on the island, she had two options – jump into the water and drown, or wait to die from the cold and hunger.

I asked Ms Kyitaragabirwe if she was scared. She tilts her head to one side, frowning, and fires back:

“I must have been about 12 years old. If you’re taken from your home to an island where no-one else lives, in the middle of the lake, wouldn’t you be scared?”

In another part of the region, present-day Rukungiri District, pregnant girls would be thrown off a cliff at Kisiizi Falls.

Legend has it that it was not until one of them dragged her brother down with her that families stopped pushing their daughters to their deaths.

No-one ever survived Kisiizi Falls. But a number of girls are said to have survived Punishment Island, thanks to young men who could not afford to pay a bride price.

Marrying girls from the island meant a dowry-free wife.

After her husband took her to his home in the village of Kashungyera, Ms Kyitaragabirwe became a subject of curiosity and gossip.

Over the decades, she has become a tourist attraction – her home a regular stop for tourists on the trail of the history of the area.

While discussing her life story, she often stopped talking and stared at her hands contemplatively.

At other times, like when I asked how she lost her eye, she was quite evasive, instinctively raising her hand to touch it.

The touchiest subject seemed to be the fate of the baby she was pregnant with when she was left to die.

“The pregnancy was still quite young. I never had the baby. Back then you could not fight back to defend yourself. If you did, they would beat you up,” she says, lifting her head-wrap from her lap to wipe her face.

Even though she did not say it outright, I understood what she meant – she was beaten up and had a miscarriage.

I have three daughters. If any of them had got pregnant before they were married, I wouldn’t blame them or punish them.

Punishing girls – known in the local language as Okuhena, from which the island draws its local name Akampene – was an age-old practice. And Ms Kyitaragabirwe would have known about the consequences of a pregnancy.

“I had heard about other girls that had been taken to Punishment Island, although not anyone close to me. So, it seems I was also tempted by Satan,” she chuckles.

She never saw or heard from the man who led her down “Satan’s path”. However, she had heard, many years ago, that he had died.

Of her husband, James Kigandeire, who died in 2001, she said: “Oh, he loved me! He really looked after me.

“He said: ‘I picked you up from the wilderness, and I am not going to make you suffer’.

“We had six children together. We stayed in this home together until he died.”

And while it took decades, she was finally reconciled with her family.

She smiled and said: “After I became a Christian I forgave everyone, even my brother who had rowed me in the canoe. I would go home to visit my family, and if I met any of them I would greet them.”

Ms Kyitaragabirwe is believed to be the last woman who was dumped on the island, with the practice having died out after Christianity and government became stronger in the region.

Still, unmarried pregnant women were frowned upon for many years.

Condemning this attitude, Ms Kyitaragabirwe said: “I have three daughters. If any of them had got pregnant before they were married, I wouldn’t blame them or punish them.

“I know it can happen to any woman. If a young woman got pregnant today, she would come to her father’s house and be taken care of. The people who carried out such practices were blind.” 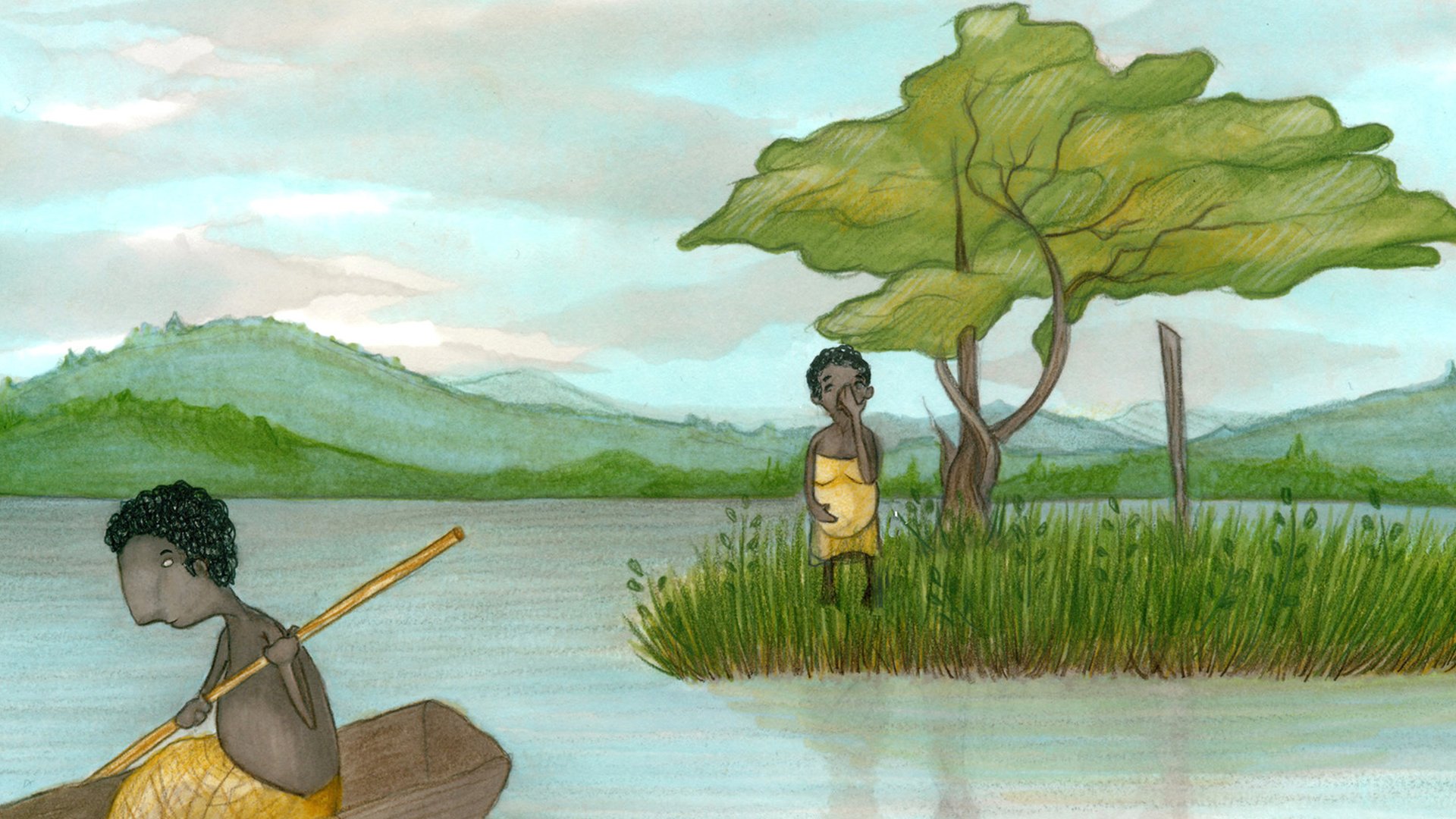