In our series of letters from African writers, Ghanaian journalist and former government minister Elizabeth Ohene reflects on 2017 – the year when many of Africa’s long-time presidents moved on.

Looking back, it strikes me that this has been very much a year of known names on the move. Over here in Ghana, 2017 started with a brand new president. We had voted out an incumbent government in December 2016 and we were feeling rather pleased with ourselves. Out went John Dramani Mahama and in came Nana Akufo-Addo.

Little did I know that by the end of the year, very long established presidential names were going to be on the move.

Jose Eduardo dos Santos – who had been in place as president of , handing the reigns to his successor in September. And after almost 38 years, it is not easy to remember to say President Joao Lourenco of Angola.

If Angola felt like an earth tremor, Zimbabwe was to present us with a full scale tsunami. The events that led to President Robert Mugabe finally stepping down after 37 years still seem somewhat surreal. Was it a military or palace coup, or does it deserve to be called a coup d’etat?

In the end, it all appeared quite civilised: there was no violence, the soldiers spoke, Zanu-PF met and spoke, Zimbabweans poured out onto the streets, suddenly First Lady Grace Mugabe disappeared from sight and Mr Mugabe was out. The fabric manufacturers have changed the designs and put the face of Emmerson Mnangagwa on the textiles.

There are other presidential movements, not quite as dramatic, but equally significant. Having convinced his compatriots to remove the inconvenient two-term limit, President Next door, President Yoweri Museveni was having a little more difficulty manoeuvring to stay in power to continue the critical work of ruling Uganda.

The Ugandan parliament has been the scene of much drama, the constitution has been amended and nothing should stand in his way if President Museveni should want to stand again as president ad infinitum, or until he reaches a Mugabe state.

Whilst they were at it, the parliamentarians took the opportunity to add two extra years to the life of the Ugandan parliament and the presidency. In other words, the mandate given in 2016 will no longer end in 2021 but in 2023. Whichever way you look at it, President Museveni is going to be around for a long time.

For a while earlier this year, Nigerians were not quite sure of the whereabouts of their leader, Muhammadu Buhari, never mind how long he would be around for. President Buhari had gone to London for medical attention and ended up staying there for more than 100 days.

Ellen Johnson Sirleafis stepping down after two terms as president of Liberia and there is no sign that she wanted to extend her term. She is being replaced by 1995’s Fifa World Player of the Year, George Weah, who will bring his football skills to the presidential mansion.

For one brief moment on 1 September, President Uhuru Kenyattafeared his grip on the presidency was loosening when the Supreme Court ordered a re-run of the polls he thought he had won. Things returned to normal when his old time opponent Raila Odinga boycotted the fresh elections ordered by the courts and a Kenyatta was safely back in the Kenya State House.

“The fabric manufacturers have changed the designs and put the face of Emmerson Mnangagwa on the textiles. “

The Togolese appear to have had enough of what they are describing as a dynasty. There are continuing demonstrations against President, who succeeded his father Gnassingbe Eyadema, who died in 2005 after having ruled Togo for 38 years.

The struggle at the ANC congress to elect a new leader last week also featured well-known names. In the end Cyril Ramaphosa defeated Nkosazana Dlamini-Zuma to become the president of the ANC and likely president of South Africa when elections are held in 2019.

Next door in Botswana, a well-known name has announced he will be leaving office when his term as president comes to an end in April next year.

Before that, President Ian Khamadecided to stir things up a bit. He made public the letter that the Permanent Representative of the United States to the United Nations, Nikki Haley, sent to Botswana about last week’s General Assembly vote on the status of Jerusalem. The letter, which I imagine was sent to all African countries, warned that President Donald Trump wanted to know which countries voted in favour of a resolution effectively calling on him to withdraw his recognition of Jerusalem as Israel’s capital. Mr Trump later threatened to withdraw financial aid to those who backed the resolution.

Botswana would not be intimidated by such threats, a statement from the Botswana foreign ministry stated and proceeded to vote against the US. Indeed, Togo was the only African country to vote against the resolution, while Benin, Equatorial Guinea, Lesotho, Malawi, Rwanda, South Sudan and Uganda all abstained.

It would seem Ghanaian president Mr Akufo-Addo’s campaign for an Africa Beyond Aid might be put to the test sooner rather than later. As the old calypso would put it, 2017 is ending on a roll. 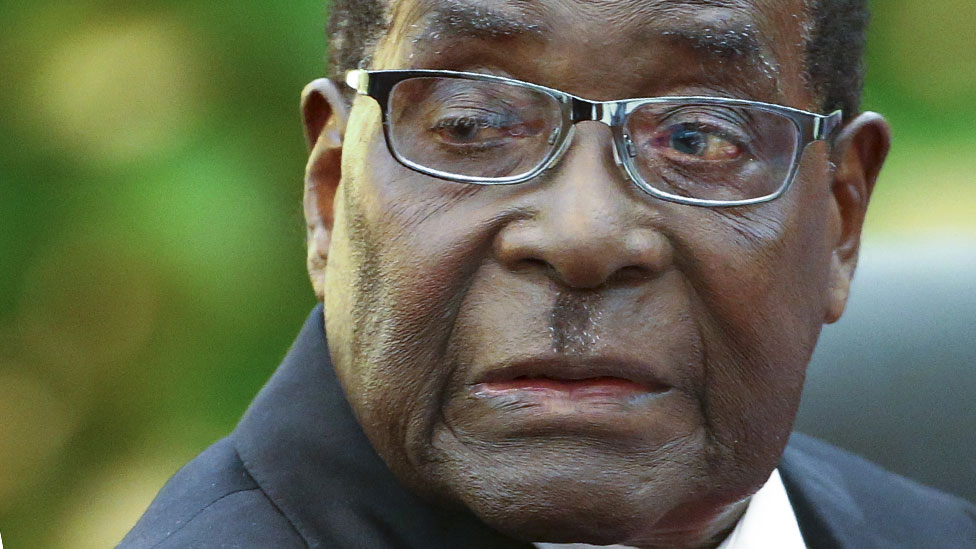 The litter-shaming photographer cleaning up her country