Nigeria international Uche Agbo has defended his reaction to the racial abuse hurled at him as he was sent off while playing in Belgium.

His club, Standard Liege, have reported the “unacceptable” racist abuse aimed at the midfielder on Wednesday by fans of rivals KV Kortrijk to the Belgian authorities.

The abuse began just before half-time of Liege’s 2-1 loss, when the 22-year-old initially refused to leave the pitch after receiving his second yellow card.

As he left the pitch Agbo made obscene gestures to the Kortrijk fans, who pelted him with beer cups and other objects.

“I understand that I showed my emotions but racism of any form is completely unacceptable,” Agbo told BBC Sport.

Our club intends to question the governing bodies so that the community, racist and xenophobic songs are definitely banned from our stadiums.

“No matter how hard you try, it is difficult to overlook it and accept such a bad treatment during a football match.

“My club is handling the situation now and I thank our officials, my teammates and the fans for their incredible support so far.”

His coach Sa Pinto defended the Nigerian, saying he was within his rights to respond the way he did because his dismissal was not justified.

“His reaction was legitimate given the abuse against him,” he said.

Standard Liege captain Sebastien Pocognolli also said the behaviour of the fans must not go unpunished.

“I have never experienced any like this in Belgium,” he told local media.

“The game ought to have been stopped because of that. Something like this has to be punished.

“I can certainly understand the reaction of my player (Uche Agbo) especially after everything he has to listen to.”

His club also spoke out against the opposition supporters,

“Standard de Liège strongly condemns the attitude of those individuals whose intolerable behaviour is totally contrary to the values defended by our club and the Jupiler Pro League,” a Standard Liege statement read.

“Uche and other members of our club were deeply shocked by these serious incidents as well as the passivity of the referee body against them.

“Our club intends to question the governing bodies so that the community, racist and xenophobic songs are definitely banned from our stadiums.”

Agbo, who played for Nigeria at the 2013 Fifa Under-20 World Cup and made his senior debut against Togo in June, only joined Standard Liege from English side Watford in July.

He was on the bench for the country’s last four 2018 World Cup fixtures home and away against Cameroon, the ties against Zambia and Algeria. 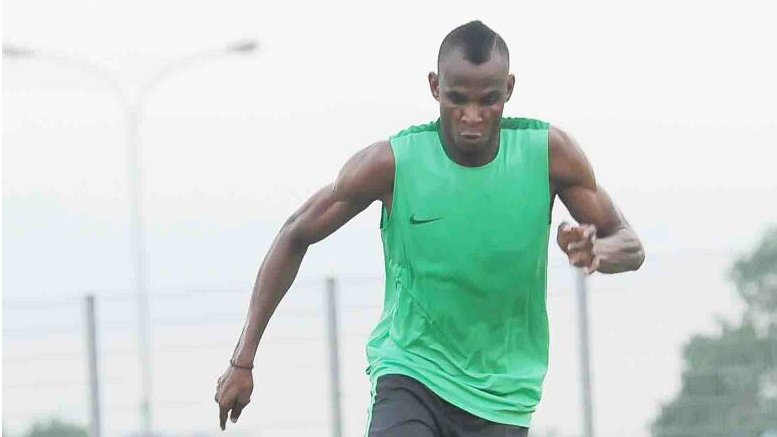