Russian scientists have restored communications with a satellite days after they lost contact with it.

Launched on 26 December, Angosat-1 will boost mobile and net communications in Angola as well as broadcast radio and TV shows.

Soon after launch, Russian ground control staff said they were no longer receiving data from the spacecraft.

It comes soon after Russia revealed “programming errors” led to the loss of another multi-million pound satellite.

The launch of Angosat-1 was the culmination of a project started in 2009 and was the first communications satellite built for Angola. The development and launch of the satellite cost more than 286m euros (£253m).

The development and launch of the satellite was a source of national pride for Angola which said it would also use it to aid telemedicine and other development projects. The satellite is expected to have a working life of about 15 years.

A statement released by the Russian Energia rocket and space corporation said it started receiving telemetry data from Angosat-1 early on 29 December. It gave no information about why communication with the satellite was interrupted for two days during the critical time it settled into its final orbital position and deployed solar panels.

“All parameters of the spacecraft systems are normal,” it said in its statement.

The near loss of the satellite is another embarrassment for the Russian space industry and comes just days after it admitted “human error” was behind the loss of a weather satellite.

The Meteor-M 2-1 satellite was launched in November and was designed to monitor weather patterns, the ozone layer, ocean surface temperatures and other meteorological influences.

It was launched from the Vostochny space portal on 28 November. However, the satellite was lost because it was programmed to lift-off from the Baikonur launch pad.

The weather satellite and 18 others travelling on the same rocket were also lost.

Russia said it had begun an investigation into the loss of Meteor and the problems contacting Angosat-1. 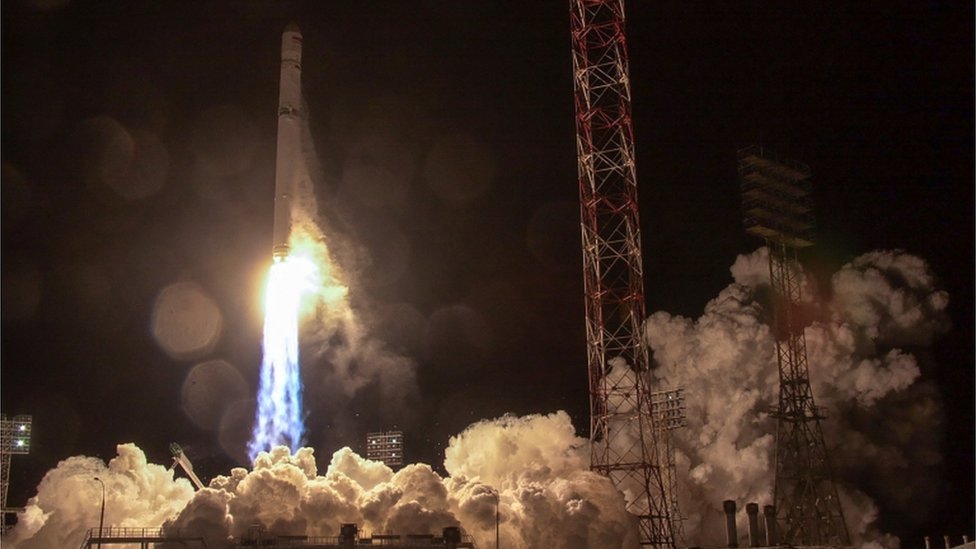