The first provisional results from Liberia’s presidential election run-off election are due later.

The electoral commission has warned against “premature pronouncements”.

Armed police have been deployed around its headquarters in the capital, Monrovia, ahead of the release of official results.

However, the mood in Monrovia is calm, and people are eagerly awaiting the results, reports the BBC’s Jonathan Paye-Layleh from the city.

“The Liberian people clearly made their choice… and all together we are very confident in the result of the electoral process,” Mr Weah said on Wednesday.

His supporters had planned a victory parade, but dropped the idea after foreign observers urged them to wait for the official results, our correspondent says.

“We are waiting for the final results. People are talking about Weah, but it’s only in his counties but not mine,” it quoted him as saying.

His failure to secure an outright majority forced a run-off.

Mr Weah played for a string football clubs, including AC Milan and Paris Saint-Germain, and is the only African footballer to have won Fifa World Player of the Year and the coveted Ballon D’Or in 1995.

He entered politics after his retirement in 2002 and is currently a senator in Liberia’s parliament.

She defeated Mr Weah in the presidential election run-off in 2005, after the end of a brutal civil war.

Liberia, founded by freed US slaves in the 19th Century, has not had a smooth transfer of power from one elected president to another in more than 70 years.

Legal challenges delayed the vote to replace Ms Sirleaf, and turnout seemed to have been low.

Ms Sirleaf took office in 2006, after her predecessor, Charles Taylor, was forced out by rebels in 2003, ending a long civil war.

Taylor is serving a 50-year prison sentence in the UK for war crimes related to the conflict in neighbouring Sierra Leone. 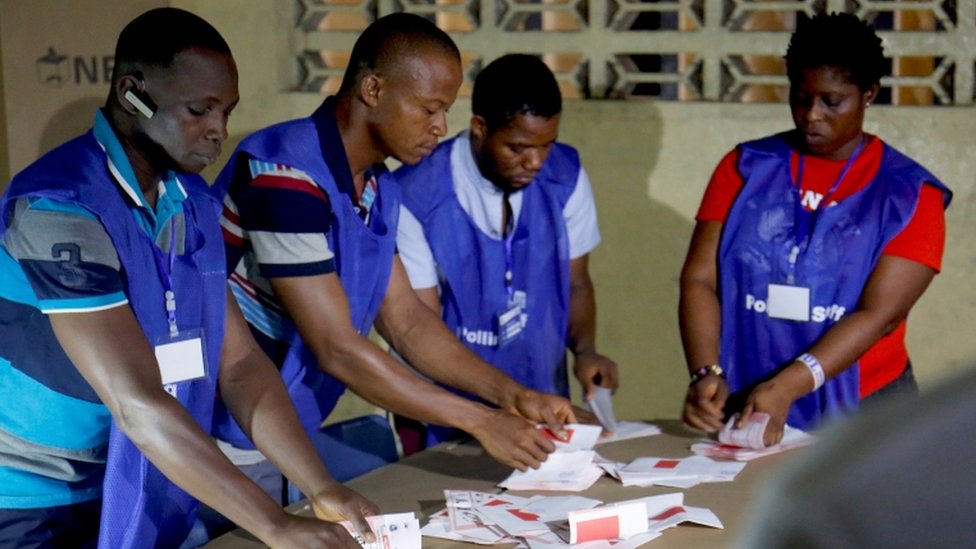 Armed Police deployed in Monrovia ahead of ...