Harry Kane grabbed another hat-trick and broke the record for the most Premier League goals scored in a calendar year as Tottenham thrashed Southampton at Wembley.

The Spurs and England striker headed home his 37th league goal of 2017 on 22 minutes to surpass Alan Shearer’s landmark, which was set during his time at Blackburn in 1995.

Kane then added two more either side of half-time to bring his total for the year – for both club and country – to 56, two more than Barcelona and Argentina striker Lionel Messi.

Before Kane’s third, Dele Alli had made it 3-0 on 49 minutes when he drilled in from outside the area, before setting up Son Heung-min two minutes later, who powered a confident finish past Fraser Forster.

Southampton, without top scorer Charlie Austin, got off the mark when Sofiane Boufal struck low under Hugo Lloris, and Dusan Tadic added a second with a lofted effort.

Despite a second-half recovery, Saints never looked like spoiling the Spurs party and have now gone two months without a win in the Premier League.

Spurs, meanwhile, replace Liverpool in fourth place in the table, with the Reds playing Swansea in Tuesday’s late kick-off.

It was an impressive display from Mauricio Pochettino’s side, but the game will always be remembered for Kane’s record-breaking day, as he cemented his status as one of the top flight’s most prolific strikers.

Speaking about his 22-year record being taken, Shearer tweeted: “You’ve had a magnificent 2017, Harry Kane. You deserve to hold the record of most Premier League goals in a calendar year. Well done and keep up the good work.” 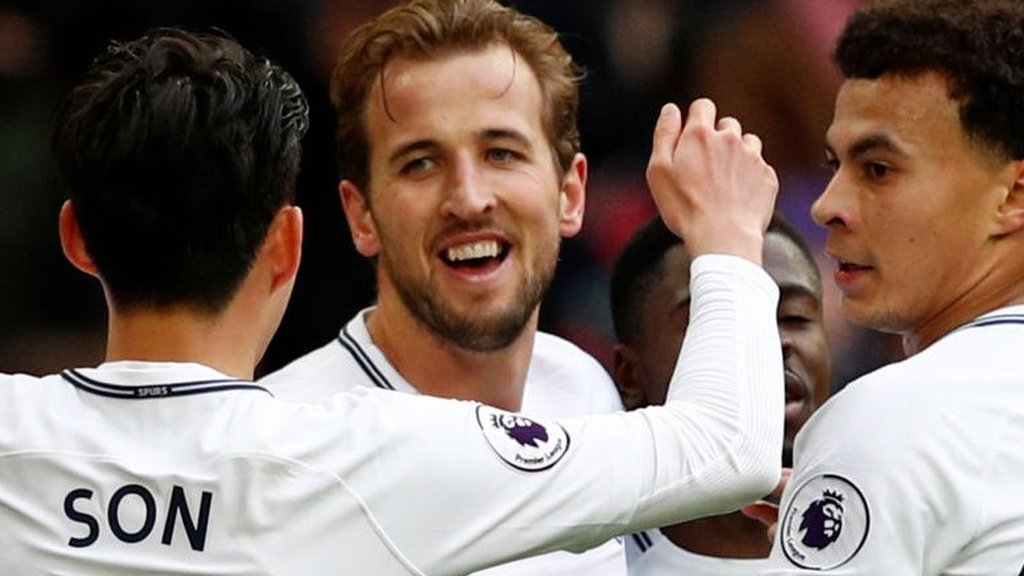