A Mystery illness appears to have ended the career of former Sierra Leone Under-17 World Cup player Emerson Samba at the age of 30.

The as-yet undiagnosed condition has left him struggling financially, bed-bound and needing a wheelchair due to partial paralysis.

Many of his team-mates at the 2003 Under-17 World Cup in Finland failed to return to Sierra Leone but Samba insists that despite his condition he has no regrets about not absconding with them.

“I was hospitalised for a year, seven months in Freetown and three months in Kenema, and doctors didn’t find the causes of my paralysis.

“Instead they were treating me for bedsores (pressure sores) which are yet to fully heal.”

Initially I thought it was a cold and I was being treated for it, but I wasn’t getting better. My situation got worse with both my hands and feet paralysed

The attacking midfielder played in all three of Sierra Leone’s games at the Under-17 World Cup in 2003, which included a 3-3 draw with Spain.

Sierra Leone did not make it past the group stage in Finland and only half of the 28-man delegation returned home immediately after their elimination.

Samba was one of those who chose to return home.

“I know if I had been in Finland I would have got better advanced treatment that could have cured me but this is how God wants it,” he said.

“I have no regrets about returning to Sierra Leone because I had confidence that my future as a player was bright.

“In fact a couple of years after the Finland trip I had trials in Egypt and I even played briefly in the Lebanon top flight league where I sustained a knee injury but I’m not sure that is the cause of my paralysis.”

Samba’s illness developed when he started feeling sick during a training session with local side Kamboi Eagles in 2015.

He has not kicked a ball since then and his last competitive action was in Algeria against ASO Chlef in the opening round of the 2015 African Confederation Cup.

“I felt something tightening in my chest in training a few months after we returned from Algeria and afterwards I started feeling cold,” he explained.

“I had to leave the training ground and went home and that was the last time I kicked a ball.

“Initially I thought it was a cold and I was being treated for it, but I wasn’t getting better. My situation got worse with both my hands and feet paralysed.

“My hands are now getting better but my feet remain paralysed and that’s why I’m in a wheelchair.”

Samba has been in touch with some of his former team-mates who absconded, including the former Bolton midfielder Mohamed Kamara, for help to take care of medical bills.

He is also seeking more financial assistance to go for advanced treatment overseas.

“I really appreciate my colleagues and the minister of Sport Ahmed Khanou as they gave me some cash to take care of my medical bills,” said Samba.

“But I’m appealing for more financial help from different quarters in and out of Sierra Leone to go for advanced treatment abroad.

“I’ll never lose hope, once there’s life, there is hope.”

His current situation seems to signal the end of a career that once saw him push for international call-ups.

Samba’s international career began in 2002 when he was part of a locally-based team that to went the ill-fated West African Football Union Cup.

The regional championship was cut short when civil war broke out in Ivory Coast.

A year later his performances at the Under-17 World Cup saw him included in the squad for a 2006 World Cup and Africa Cup of Nations qualifier against Congo Brazzaville.

He remained on the bench for that game in November 2003 and despite going on to play for the Sierra Leone under-20 team he never made a full international appearance.

During his career Samba played for three Sierra Leonean clubs – Diamond Stars of Kono, Mighty Blackpool and Kenema’s Kamboi Eagles – where he won the FA Cup in 2014. 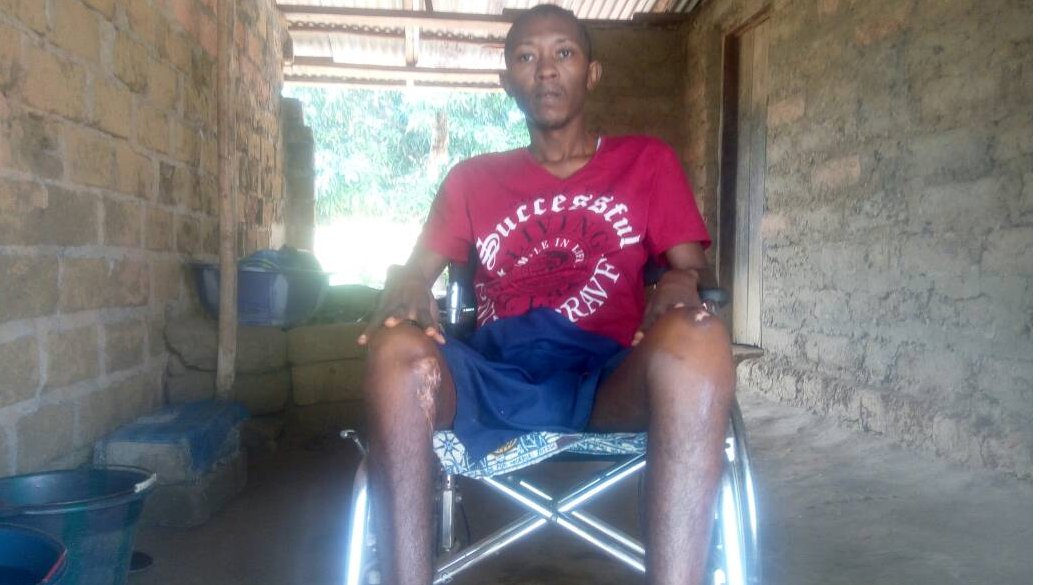 Christmas in India tarnished by ‘climate of ...