Democratic Republic of Congo international Yannick Bolasie described the reception by Everton fans on Saturday as “special” after being named as a substitute in their 0-0 draw against Chelsea at Goodison Park.

It was Bolasie’s first call-up to the squad since overcoming a serious knee injury which had kept him out of action for a year.

Bolasie was not used by Everton manager Sam Allardyce, but despite that, the winger was moved by the crowd’s reaction.

“It’s massive and that gives a player confidence,” Bolasie told BBC Sport after he was greeted with loud cheers from the Everton faithful when he was introduced to the crowd.

“The fans have not seen me playing for a year and for them to still have that kind of faith and belief makes me push even harder to get back to my best,” said Bolasie.

The 28-year old is hoping to play a part in the Toffees’ next match against West Bromwich Albion on Tuesday.

“I am looking forward to playing. If I do play it will be strange because last time when I made my debut for Everton it was against West Brom – it’s going to be special regardless,” he added.

Bolasie joined Everton last summer in a deal worth £30 million, and made sixteen appearances before rupturing his cruciate ligament against Manchester United in December last year.

Bolasie has endured two operations and 12 months on the sidelines. He admits it was a difficult period for him.

“The injury has taken me where I am and I can’t change that. I had to focus on something else and now that I am back on the field, I have to forget about what happened in the past,” said Bolasie.

“I feel ok to be fair but you never know how you actually feel until you step onto the field. You can be 100 percent but nothing is like playing a game.”

Since getting injured, Bolasie has seen a change in leadership with Sam Allardyce taking over from Ronald Koeman after the team’s slump in form.

“He has brought a different way of playing but it’s not too big for me because I have played like that before.

“If anything he might bring out the best in me. The good thing for me is to come into a team that is confident because that will lift me personally,” said Bolasie. 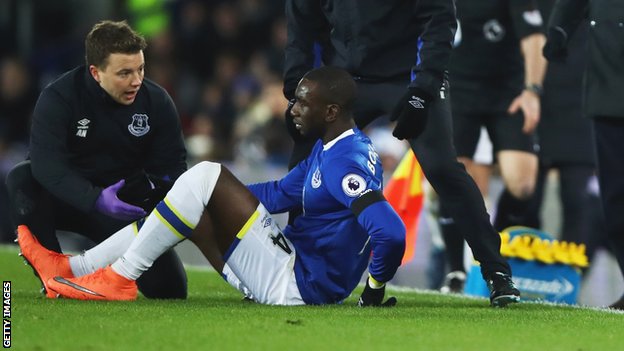