The 26-year-old, whose contract with MLS club Montreal Impact ends on 31 December, ruptured a tendon in June.

“He’s an endearing boy, who has not played since June and is only making a big return from his injury.

“I hope it’s going to be a nice surprise, he’s here to help us from this season, but most importantly to be starting from the next.”

It will be Oyongo’s first professional club in Europe in a career which began at Coton Sport in his native Cameroon, where he won three league titles between 2010 and 2014.

He had a brief spell with Major League Soccer (MLS) club New York Red Bulls in 2014, before switching to Montreal Impact in January 2015. 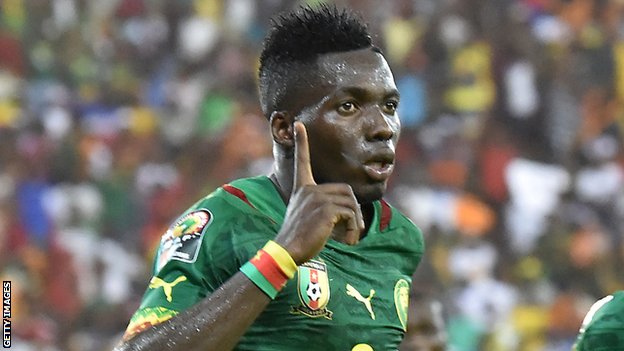 Cameroon underlines commitment to environment at the ...