The Nigeria Football Federation (NFF) has expressed its disappointment that Randy Waldrum has rejected the chance to become coach of the women’s national team.

Waldrum and the NFF failed to agree terms for the American to to succeed Florence Omagbemi in the role, despite an announcement from the federation in October.

Earlier this week the 61-year-old opted to accept a new role as the head coach of the University of Pittsburgh women’s team.

“I’m quite diapppointed that Randy Waldrum was appointed and he decided not to come again,” top NFF official Chris Green told BBC Sport on Thursday.

“But again I’m actually disappointed in the fact that I thought we had a good coach in him.”

Green explained why Waldrum had changed his mind and admitted some of the blame must lie with the NFF.

“He said in his letter [to us] that from when the [NFF] president gave him the job, they did not do anything or contact him any further,” Green added.

It doesn’t speak well of Nigerian football that after the Paul Le Guen saga this one is happening again, it doesn’t tell well, but what can we do? We just have to learn and move on.

“There are other things that are required like signing the contract itself, working conditions, and all the basics that parties have to agree to – nothing was done.

“He was left in the limbo and said he has to feed his family, but extremely disappointed that we’ve lost out on another coach.”

It is the second time in 18 months that a foreign manager will reject a coaching offer from the NFF after Frenchman Paul Le Guen rebuffed the chance to handle the Super Eagles in July 2016.

This latest setback comes as a big blow to reigning African champions the Super Falcons who have not played or trained since lifting the Women’s Africa Cup of Nations a year ago.

But Green apologised and admitted shortcomings by the federation as they have failed their women’s team – Africa’s most succesful national side – once again.

“Nigeria is a great country with abundant talent for anyone to want and coach, but on our own part [as administrators] there are many things we should have done that are left undone,” he admitted.

“Administratively, that is not how to get things to work out for an organisation like the NFF or in football generally because things are changing in football with new dynamics.

“It doesn’t speak well of Nigerian football that after the Paul Le Guen saga this one is happening again, it doesn’t tell well, but what can we do? We just have to learn and move on.”

Green’s comments about the women’s game in Nigeria come just a few weeks after the NFF president Amaju Pinnick told BBC Sport the federation’s focus would now switch to the women’s team.

Nigeria are the only African team to have played in all of the Women’s World Cup tournaments since 1991.

But they have failed to translate their continental dominance on the world stage, as their best performance came in the USA in 1999 when they reached the quarter-finals. 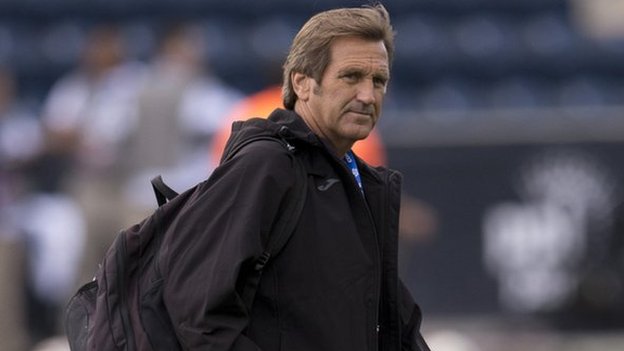 Nigeria Senate and government at logger-head over ...