Closing the party’s conference, he said tackling unemployment and poverty should also be key party policies.

He is in a strong position to become president at elections in 2019.

“This conference has resolved that corruption must be fought with the same intensity and purpose that we fight poverty, unemployment and inequality,” he told delegates at the end of the five-day conference.

“We must also act fearlessly against alleged corruption and abuse of office within our ranks.”

He acknowledged that the gathering had approved the seizure of land without compensation, but he cautioned against undermining the economy and food production.

The ANC has been under pressure to redress disparities which mean whites still own most of the land in South Africa, more than two decades after the end of apartheid.

“This conference has resolved that the expropriation of land without compensation should be among the mechanisms available to government to give effect to land reform and redistribution,” he said.

“It has also been resolved that we ensure we do not undermine the agricultural production or the economy – that is what is important.”

The leadership battle caused fierce political infighting, raising fears that the party might split before the 2019 election.

In a separate development, the ANC conference passed a resolution to direct the government to downgrade the South African embassy in Israel to a liaison office.

It described the move as a “practical expression of support to the oppressed people of Palestine”.

Earlier this month, US President Donald Trump caused widespread controversy when he announced the US would recognise Jerusalem as Israel’s capital and relocate its embassy there from Tel Aviv. 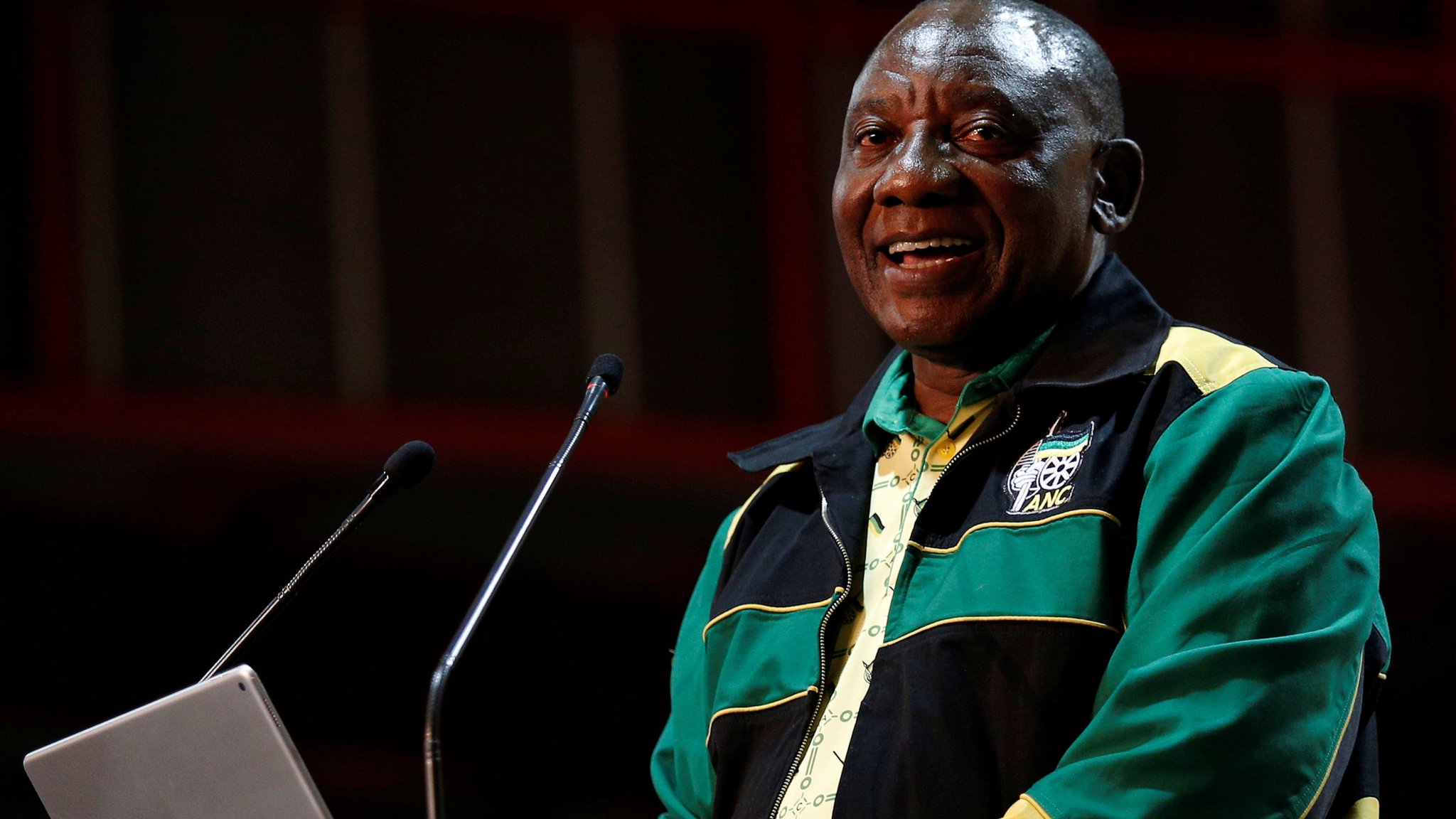