Uganda’s parliament has approved a constitutional change that will allow the current president to run for an unprecedented sixth term in office.

After three days of debate, MPs voted overwhelmingly to remove the age limit of 75 for presidential candidates.

It means 73-year-old President Yoweri Museveni, who has ruled for more than 30 years, can seek re-election in 2021.

A two-term limit was scrapped in 2005 to allow Mr Museveni to stand for a third term.

But that limit has been reinstated following criticism that Mr Museveni could now become president for life.

His supporters argue that Ugandans can always vote him out of power.

Opposition MPs walked out of the debate on more than one occasion, and six were suspended for protesting against the bill.

The constitutional amendment, which was spearheaded by Mr Museveni’s governing National Resistance Movement (NRM), was presented to MPs in September and led to chaotic scenes in parliament.

Tempers flared and lawmakers were filmed brawling after it was alleged an MP had brought a gun into the chamber.

Local media reported that it took 20 minutes for the commotion to calm down.

President Museveni has led Uganda since 1986, having seized power at the head of a rebel army.

He won fresh terms in office in presidential elections in February 2011 and 2016, but the opposition, along with Commonwealth, US and European Union observers, complained about the fairness and transparency of the votes. 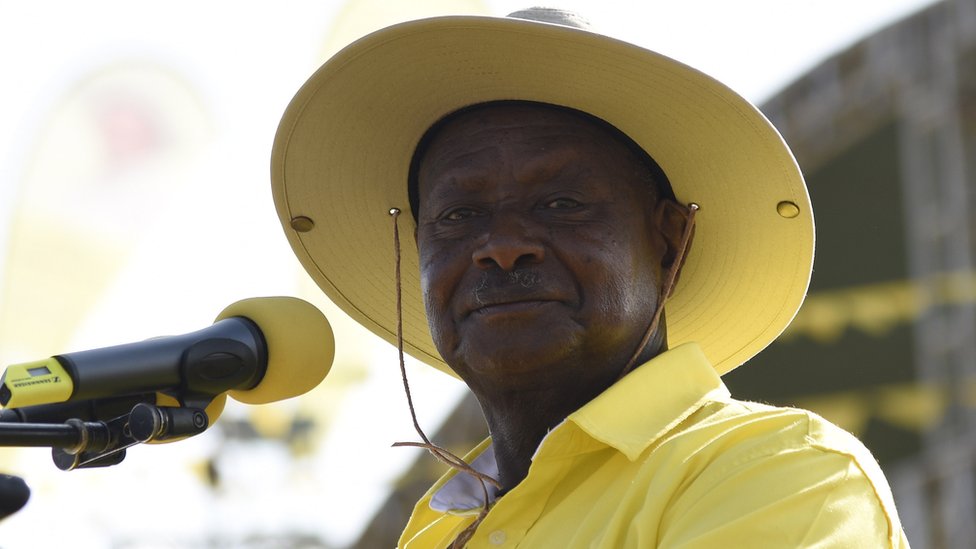 Why are Nigerians still making the trip ...