A Nigerian senator has been criticised for his appearance in a music video depicting his lavish lifestyle.

The song Dino, named after Dino Melaye, features lyrics like “100 cars in the parking lot like I’m Dino”.

And many people took to social media to criticise him:

Dino Melaye’s appearance in that music video by Petroleum Minister Kachikwu’s son seems like a middle finger to Nigerians. They don’t even get the irony, or are we being hypersensitive?

In the video, Mr Melaye is seen stepping out of a car, wearing a T-shirt labelled Legend.

The senator is well known for his love of luxury cars, champagne and designer clothes, as his Instagram account shows.

Other lyrics in the song include: “Popping bottles in the club is nothing like I’m Dino” and “Dino Melaiye k’oshi mi o raye”, meaning “Get out, I don’t have time for this,” followed by the chorus “Dino, Dino, Dino”.

Kach, the son of Nigeria’s petroleum minister Ibe Kachikwu, has come to the defence of the senator, saying he has done nothing wrong.

In the video, Mr Melaye also does his signature dance routine of pulling down his eye-lids and staring at the camera in defiance of his critics.

Last year the senator released a video of himself dancing and singing what is now known as the “ajeku iya song”- a Yoruba proverb which states that if you confront someone bigger than you, you are bound to be badly beaten up.

In February, he published a book titled Antidotes for Corruption, which attracted mixed reviews. 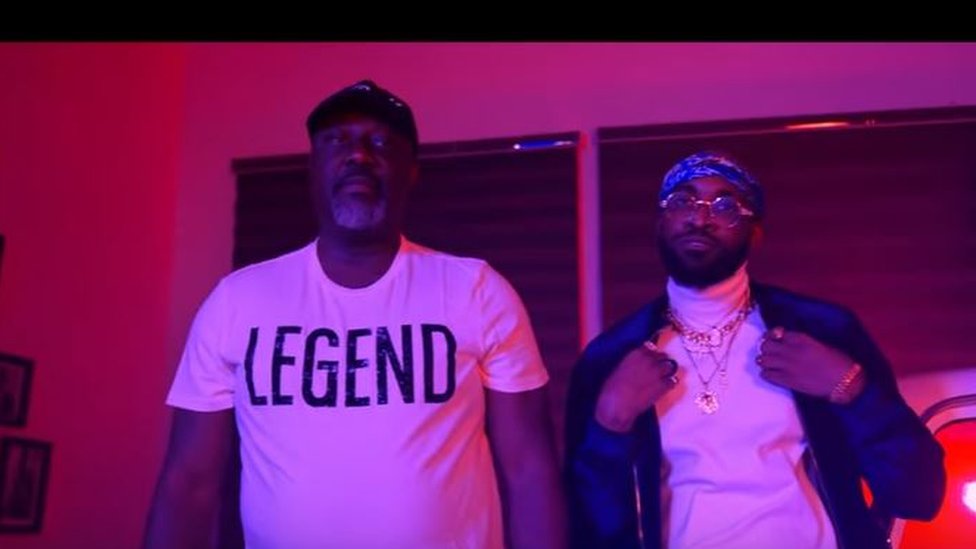 Eni and Shell on trial in Italy ...