Ahmed Rouaba: Defying the odds to become mayor in Algeria

Some say that in Algeria it is easier for a woman to become president than mayor of her home town.

Zahia Benkara knows this more than most: She is one of only four women across the entire North African country to be voted in as mayor during recent local elections.

Her victory is particularly surprising because of the nature of Chigara, an eastern town rooted in traditions where women rarely take up leading public roles.

Combined with the fact she ran for an Islamist party – potentially alienating more liberal supporters – the fact she won is even more surprising.

But the woman known locally as as “El Ustadha”, meaning “the professor”, seems unperturbed.

“They voted for me because they know me. They know what I have done for them and they trust me,” she told the BBC.

Indeed, her CV is impressive. Ms Benkara is not only a devoted activist, helping support the most vulnerable in the community, she is also director of the local secondary school, where she has been teaching Islamic law for years.

However, those lessons are not restricted to the classroom – she also lectures on Islamic law, education and human development at mosques, social clubs and charities.

It meant when she announced her intention to run, she already had widespread support in the community.

“Zahia is no ordinary woman,” Brahim, a cattle farmer, told Algerian website el Watan (in French). “She is better than 15 men.”

But after she announced her intention to run for the Islamic party Harakat Mujtamaa Esilm (The Society of Peace Movement), her picture went viral – with both sides of the political arena taking shots.

Some of the more secular voters lashed out at her hijab, others went further, mocking her appearance.

Ms Benkara shrugged it off.

“Ignorant and mean people who will learn and understand that what matters in life is how good you are at what you do and how good is what you do to the human kind,” she said.

However, those of a more conservative persuasion questioned whether she should be standing at all.

“Allah’s curse upon a people governed by a woman,” one person wrote on social media.

Another warned: “You have disobeyed the teachings of the prophet who ordered women to stay home. Who will save you from hell?”

Ms Benkara acknowledged she had seen comments like these – and even tried to fight back.

“I spent hours and hours debating on social media with those who think it is wrong in Islam to elect a woman for public office,” she said.

“I know how to handle this issue and managed to convince a lot of people that they were wrong thinking that Islam bans women from taking public office and a lot of them changed their mind and voted for me.”

There were others, though, who fought for Ms Benkara.

“Shame on the people of my country,” one wrote. “You are making degrading comments on the brave woman. You are so low and she is a brave Algerian and Muslim woman. She is educated. Why do not you talk about issues that are important for you and your country?”

And support did not just come from the faceless world of the internet.

The leader of Harakat Mujtamaa Esilm, Abdelmadjid Mensara, knew he had a strong candidate all along.

“She has a strong character, competence and devotion. She knows what she is doing,” he told the BBC.

And speaking to her, it is clear he is right. She knows people are waiting for her to fail – something she has no intention of doing.

“I will prove my people were right to vote for me,” she said. “I will fight nepotism, corruption and mismanagement. I will work for the people of my town as I have always done.” 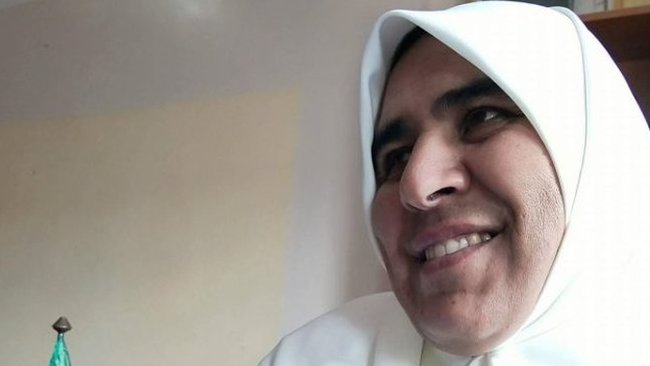