The new reservists were commissioned in the capital, Lusaka, on Monday.

But the decision prompted widespread anger, especially in light a ruling taken earlier this year that bans police officers from marrying foreigners for “security reasons”.

Zambians with dual-nationality are also not allowed to join the police.

Dickson Jere, a lawyer and former presidential spokesman, said the constitution was clear on the matter.

“So you stop you own citizens from joining the police because they have dual citizenship and yet you allow Chinese who have no links whatsoever to this soil to be part of the same police service? It’s food for thought,” he said.

The appointment of the Chinese reservists had left many people scratching their heads particularly as the government had previously removed other nationals from the security services, reports the BBC’s Kennedy Gondwe from Lusaka.

That move had been prompted because there was a feeling that foreigners were infiltrating, he says

Suspicions over the recent recruitment were bolstered by distrust towards the Chinese community in Zambia, which was estimated to number about 20,000 in 2015, according to the privately owned Lusaka Times.

But the part-time officers are not thought to be have been going to perform any special role liaising with Zambia’s Chinese community.

“We had Indians who were police reserves and people were OK with it. Why should the Chinese be discriminated on race?” the Lusaka Times quoted her as saying.

But the police have since backed down from their position – with the caveat the officers’ appointment broke no laws. 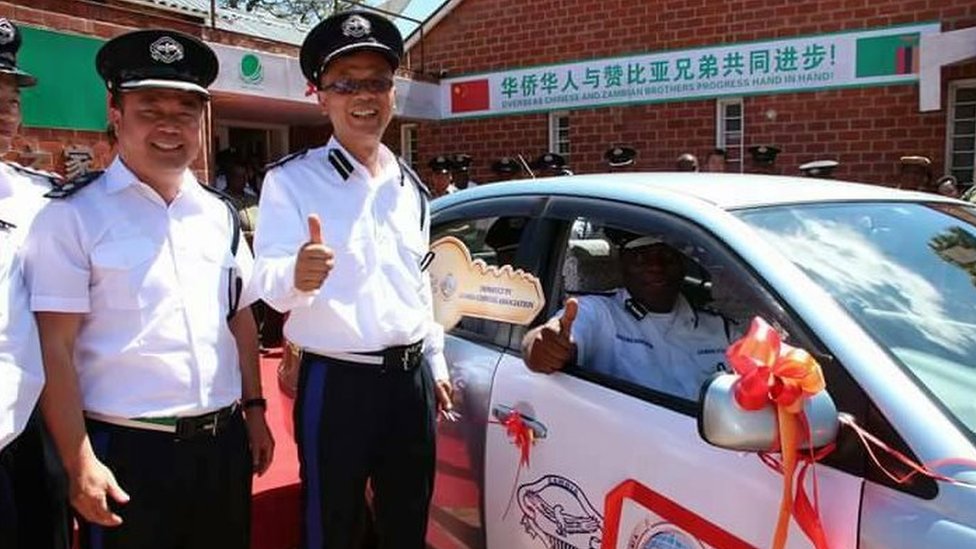 ANC in marathon meeting over 68 missing ...