Unknown gunmen have killed the mayor of Libya’s port city Misrata after reportedly chasing his car and kidnapping him.

Mayor Mohamad Eshtewi’s body was found dumped in the street not long after returning to the city from an official visit to Turkey.

Libya’s third-largest city is reputed to be safer and more stable than most in the conflict-ridden country.

But the mayor had faced growing opposition earlier this year.

Mr Eshtewi was abducted by unknown assailants after leaving the airport in the city.

A Libyan official, Abubakr Alhraish, told the BBC that the mayor had chosen not to have his usual protection.

“The mayor normally travels with security but he opted out after his arrival from Istanbul because he said his brother was picking him up from the airport.”

Mr Alhraish says the mayor and his brother were ambushed by four assailants, who then shot the brother in the leg and abducted the mayor. He adds:

“The brother survived. The mayor’s body was found about half-an-hour later in front of Al Safwa hospital in Misrata.

“There is a city-wide investigation to uncover who was behind this.”

The port city of Misrata is a key gateway for food and other imports into Libya. It is also the country’s only tax-free zone.

It is one of the few places where foreign business people feel safe enough to work, fearing poor security elsewhere. 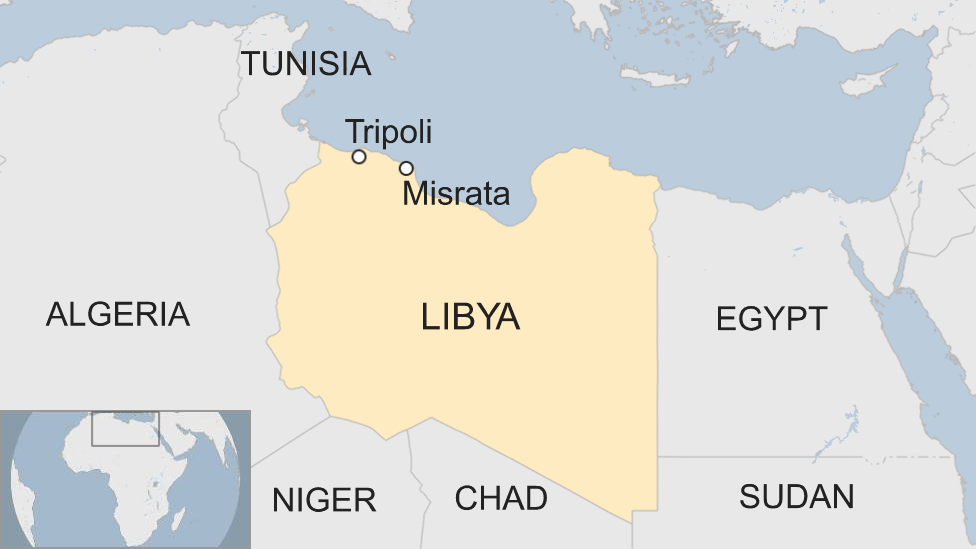