Dozens die in clash between Ethiopian Somalis and Oromos

At least 61 people have been killed in clashes between different ethnic groups in Ethiopia’s Oromia region since Thursday, officials said.

It is not clear what caused the latest violence between ethnic Somalis and Oromos.

But it comes after soldiers shot dead 16 ethnic Oromos at a protest on Tuesday, reports Reuters news agency.

Ethiopia’s Oromia and Somali regions share a long internal border and in the past have fought over grazing land.

He said 29 ethnic Oromos were killed between 14 and 17 December and 32 ethnic Somali Ethiopians were killed in revenge attacks.

He added that the clashes happened in the region’s Hawi Gudina and Daro Lebu districts.

What is behind the long-running conflict?

Oromia and Somali are, respectively, the two largest regions in the country by area size. Oromos are Ethiopia’s biggest ethnic group – making up about a third of Ethiopia’s population while Ethiopian Somalis make up just 6% of the population.

Historically, the relationship between Somalis and Oromos has been characterised by territorial competition which often leads to disputes over resources, including wells and grazing land.

These conflicts can cause the displacement of tens of thousands of people.

In 2004, a referendum to decide on the fate of more than 420 kebeles – the country’s smallest administrative unit – gave 80% of them to Oromia.

Following the outcome, tens of thousands of ethnic Somalis reportedly fled the areas for fear of repercussions.

The decision has still not been implemented and this is one factor behind the current conflict. 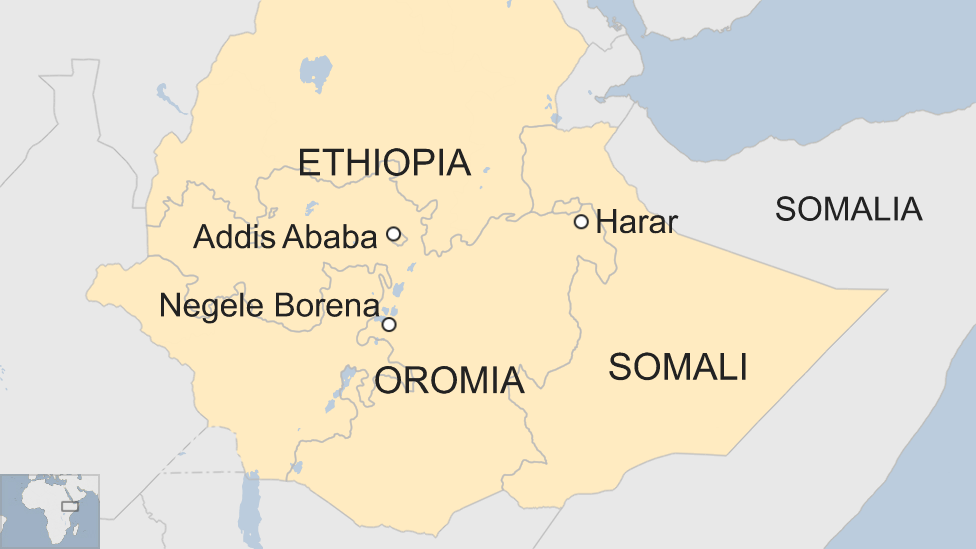