Cyril Ramaphosa was always the frontrunner.

He’d won support from more provinces and more branches, and benefited from the fact that as South Africa’s deputy president he was, by tradition, viewed as the heir apparent.

But his victory still has an element of surprise – and will come as a huge relief to his supporters – after a brutal battle for votes within the governing ANC that saw weeks of legal challenges and widespread allegations, right up to the last minute, of fraud, bribery and threats.

Even now, the possibility of fresh appeals by defeated candidates cannot be ruled out.

Despite his status as an ANC veteran who has been President Zuma’s right-hand man for the past five years, Mr Ramaphosa sought hard not to portray himself as the “continuity” candidate.

Indeed he was vocal in his criticism of high-level corruption during his campaign, describing it as “tantamount to treason”.

Many saw that as a thinly veiled attack on President Jacob Zuma, who is facing multiple allegations of corruption.

International investors and ratings agencies are likely to react enthusiastically to Mr Ramaphosa’s election, and confidence in the South African economy and currency – which has fluctuated wildly during Mr Zuma’s erratic presidency – is sure to rise, at least in the short-term.

Mr Ramaphosa is a highly successful businessman and has outlined plans to kick-start a stalled economy while tackling entrenched poverty and inequality.

His main rival Nkosazana Dlamini-Zuma had, in contrast, alarmed some analysts with her fierce criticism of white-owned businesses, and her focus on more populist proposals like land seizures, as well as her more muted comments about corruption.

Much now depends on the political choreography of the next hours, days, and weeks within the ANC.

In theory he could remain South African president until national elections in 2019, restricting Mr Ramaphosa’s room for manoeuvre.

But it’s extremely likely that a victorious Mr Ramaphosa will seek the “recall” of President Zuma by the ANC, as happened to his predecessor Thabo Mbeki.

If that happens, then things could move very quickly, and a President Ramaphosa would probably move fast to remove Mr Zuma’s allies from key positions.

The heads of the National Prosecuting Authority and the state power utility have, for instance, faced particular criticism.

Opinion polls suggest that the ANC stands a better chance of shoring up its waning popular support and winning the 2019 elections under Mr Ramaphosa’s leadership.

But the divisions – seemingly defined by patronage networks rather than by policy – within the governing party will be difficult to paper over, and the economic and structural challenges facing South Africa remain daunting. 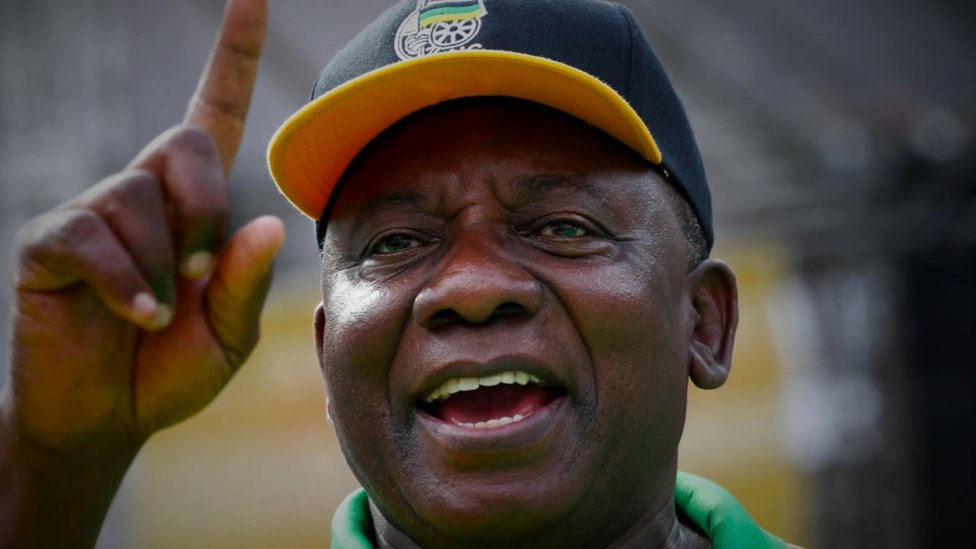