Benin are looking for a new coach after Oumar Tchomogo’s contract as manager of the Squirrels expired on Saturday.

Former international Tchomogo was appointed in 2015, but failed to guide his country to the 2017 African Cup of Nations and the 2018 African Nations Championship (CHAN) tournaments.

Benin’s minister of sport, Oswald Homeky, informed the West African country’s Football Federation (FBF) to advertise the vacant post to both local and foreign managers, before finalising a three-man shortlist.

“We appreciate his [Tchomogo’s] efforts as our national team coach, but the government’s desire is to boost the performance of all our national football teams,” said Homeky.

French trio of Patrice Neveu, Alain Giresse and Michel Dussuyer have been strongly linked with the post by the local media.

Neveu, 63, is highly experienced after previously managing Niger, Guinea, DR Congo and Mauritania on the continent.

Former Gabon and Senegal boss, Giresse, 65, quit his second stint as coach of Mali in September after failing to lead them to the 2018 World Cup in Russia.

The 58-year-old Dussuyer, who managed the Squirrels between 2008 and 2010, stood down as Ivory Coast manager following the Elephants’ early elimination at this year’s Africa Cup of Nations in Gabon.

The new manager’s first competitive game will be in September away to neighbours Togo and the main task will be to lead Benin to the 2019 Africa Cup of Nations in Cameroon.

Benin began their 2019 campaign with a comfortable 1-0 win over visiting Gambia and will fancy qualifying for Cameroon with Algeria the other team in Group D.

The Squirrels have only made three appearances at the Nations Cup tournament in 2004, 2008 and 2010 but the West Africans have failed to qualify for the last four tournaments. 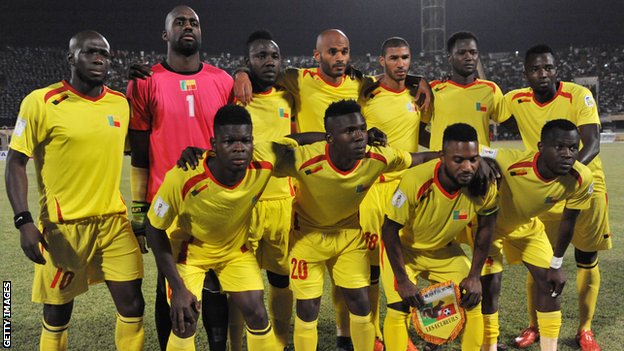