Nigeria defender Gbenga Arokoyo is determined to get his career back on track at Major League Soccer (MLS) club Atlanta United after returning from a long injury layoff.

The 25-year-old has been traded by Portland Timbers to the MLS southern outfit alongside Liberia-born US international Darlington Nagbe.

Arokoyo joined Timbers in August 2016 and made his league debut in October before a ruptured Achilles tendon suffered in pre-season training ruled him out of the entire 2017 MLS season.

It has been a tough journey and a long layoff; thankfully I have recovered through a strong support system and rehabilitation

“I’m getting married on Saturday so this move has not quite sunk in yet, but I hope it is the beginning of great things to come,” Arokoyo told BBC Sport.

“I had high hopes coming into MLS but a groin problem and then the tendon injury slowed things for me.

“It has been a tough journey and a long layoff; thankfully I have recovered through a strong support system and rehabilitation.

“God has been good to me, I have a big season ahead with Atlanta United and I hope to make the best of this trade.”

Arokoyo has a contract until the end of 2019 and will spend the 2018 season in Atlanta.

He spent three seasons at Swedish top side Mjällby AIF, made 56 appearances and scored once before sealing a move to Turkish Süper Lig club Gaziantepspor in 2014.

He played two seasons with Gaziantepspor, producing one goal and three assists in 40 appearances, leading to a switch to Timbers.

A former Nigeria under-20 star, he made his senior debut against Mali in a friendly on 27 May 2016 and also played against Luxembourg four days later. 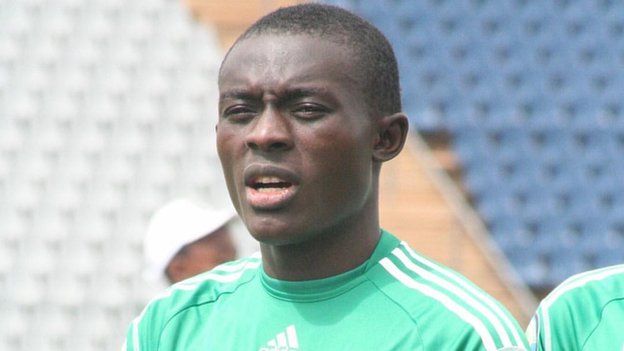 The death of the Russian far right