Zanzibar ended Uganda’s Cecafa Challenge Cup reign with a 2-1 victory over the holders in the semi-final of the East and Central African football Championship in Kisumu on Friday.

Zanzibar, bidding for their first Cup in 22 years, will play hosts Kenya in the final on Sunday.

The tournament’s surprise package took the lead in the 24th minute when midfielder Abdulaziz Makame turned to fire in a loose ball after Ibrahim Ahmada’s corner.

Six minutes later Ugandan striker Derrick Nsibambi levelled when he connected with a low cross from Allan Kyambadde to score his fourth goal of the tournament.

Nicholas Wadada came close to adding a second for Uganda only for the Zanzibar keeper to punch the ball to safety.

The 14-time champions, who had two defenders sent off in the quarter-final against Ethiopia, were again undermined by ill-discipline as defender Joseph Nsubuga was shown a straight red by the Rwandan referee for pulling back Ibrahim Ahmada inside the box in the 58th minute.

Mohammed Issa converted the resulting penalty in the 58th minute to send the Zanzibaris into their second final. 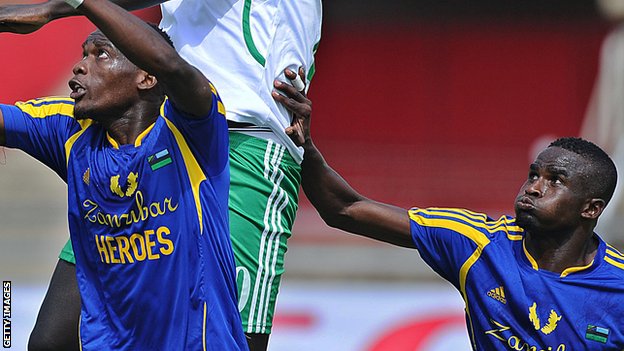 Homelessness in Britain up by 65 percent